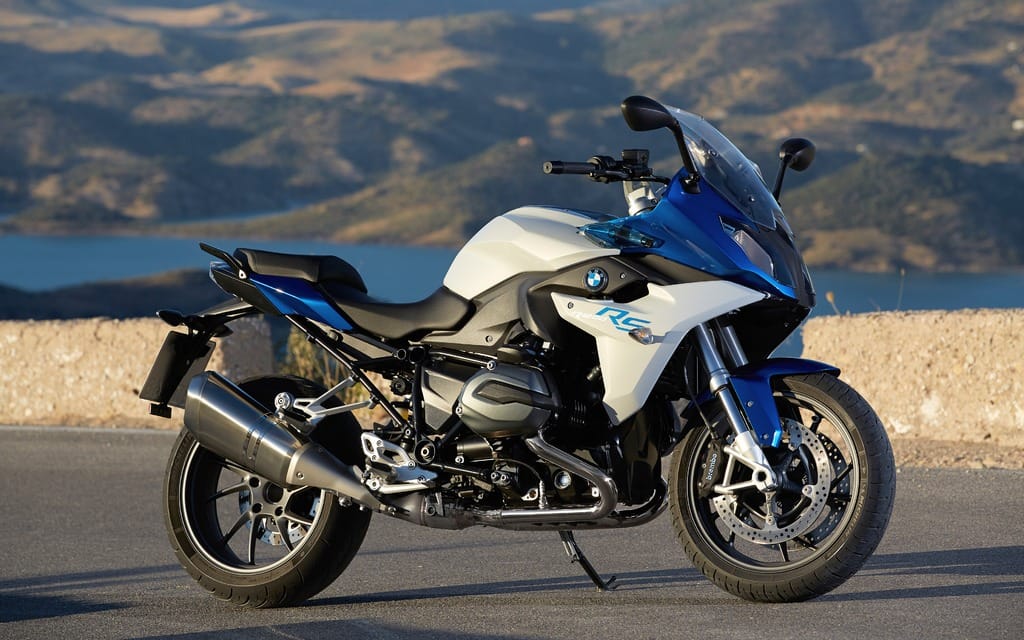 The RS designation made its BMW debut in 1976 in the form of the R 100 RS. The sport touring tradition that model started will be revived in 2015 by the new R1200RS.

Powered by the latest generation boxer engine (the same that resides in the R1200GS and R1200RT), BMW says the R1200RS maxes out at 125 hp and 92 lb-ft of torque. Exhaust system is a two-into-one unit. A newly designed air intake system and centrally positioned radiator give the bike a slender, sporty front end, somewhat reminiscent of the S1000RR.

Interestingly, the R1200RS does away with BMW’s Telelever front suspension setup in favour of an inverted fork, while Paralever suspends the rear. Rain and Road riding modes, ABS and ASC (Automatic Stability Control) come standard, as does Dynamic ESA (Electronic Suspension Adjustment).

No word yet on Canadian price or availability.