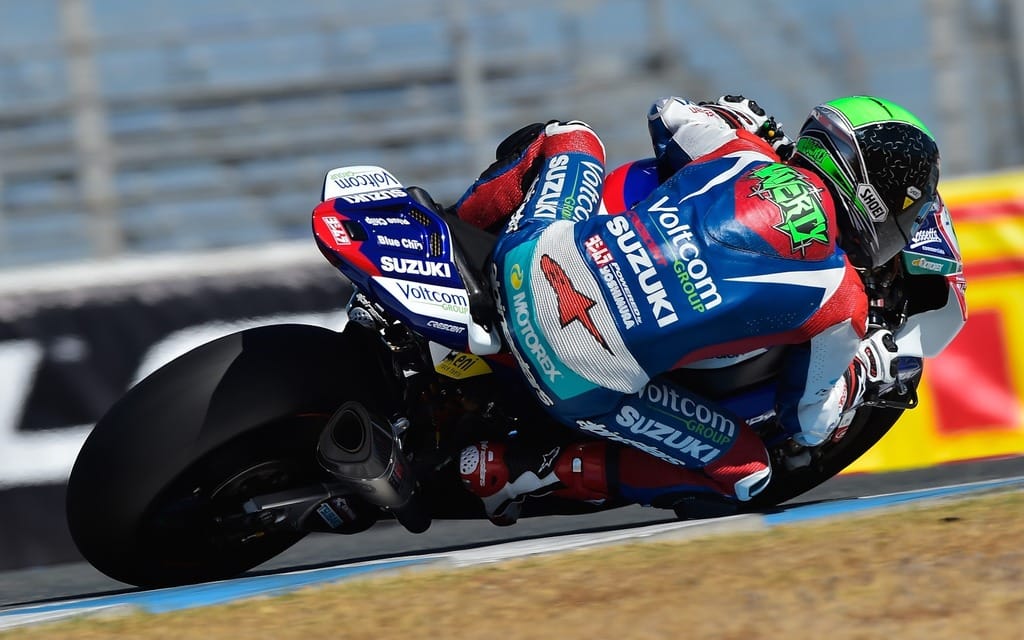 World Superbike rider Eugene Laverty has confirmed he will move to MotoGP next season.

The 28-year-old Irishman released a statement about his departure from the Crescent Suzuki WSBK team. “I’d like to thank everyone at Voltcom Crescent Suzuki for all their efforts this season,” Laverty said. “I’ve really enjoyed working with the team and the GSX-R, there is so much potential there. We still have two rounds remaining and my aim is to climb back up on that rostrum before I move to MotoGP in 2015.”

Which MotoGP team Laverty will be joining has not been announced, though there are rumours linking him with Aspar, Pramac and Forward.

Laverty has won 13 WSBK races for Yamaha, Aprilia and Suzuki, and was runner-up for the title in 2013 on an Aprilia.