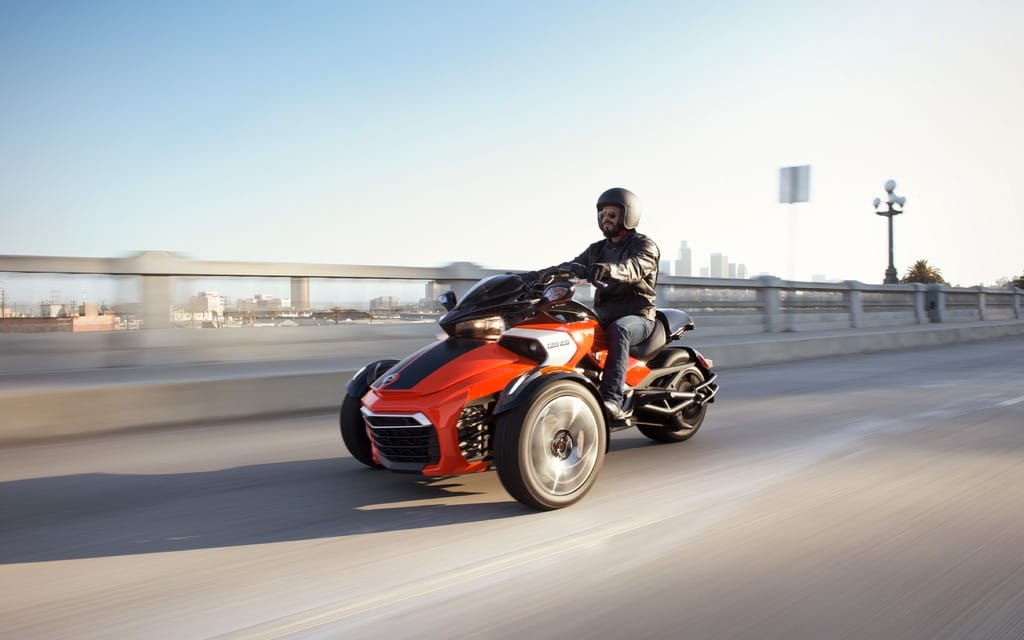 Many have already seen the new Spyder F3. Spy shots surfaced last month, snapped in downtown Los Angeles – not an ideal location to keep a new product secret. Now we can say we’ve officially seen the F3 (though specifications have yet to be released).

Can-Am has launched a social media campaign promoting its new roadster, and no social media campaign is complete without a contest. Two winners, to be selected on October 2, will receive an all-inclusive “VIP experience” at this year’s Biketoberfest in Florida, including a ride on the F3. Interested? Check out Can-Am’s Facebook page for more details.

In what’s become the norm for splashy new models, the company has also released a shadowy 12-second teaser on YouTube.