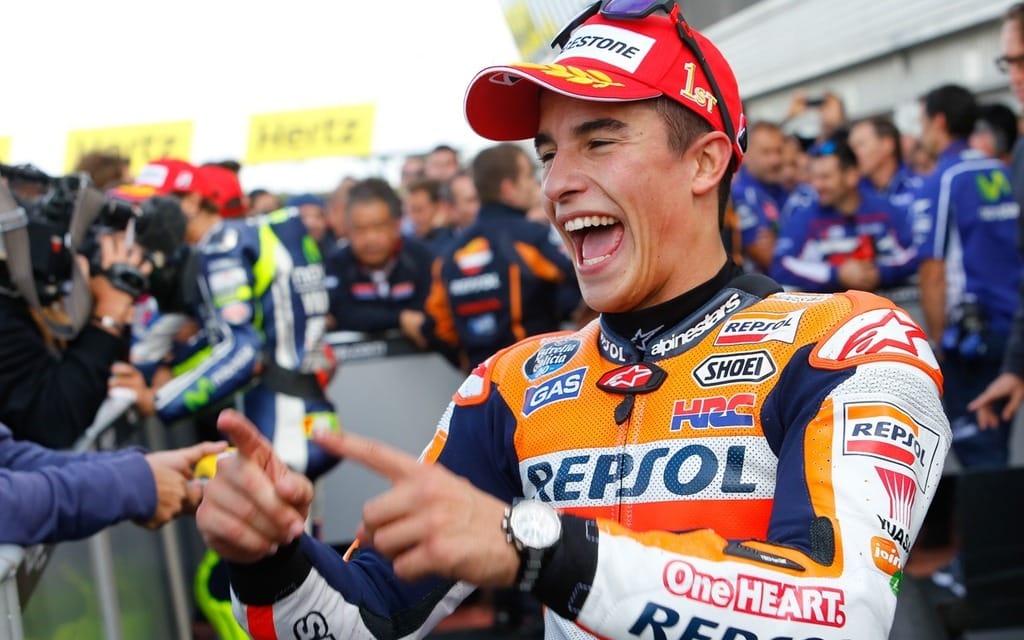 Marquez wins the Battle of Britain

Jorge Lorenzo (Movistar Yamaha) took an early lead at the Silverstone circuit, though Marquez remained closely in touch with the lead group. A pattern this season has seen Marquez clear off after taking the lead – not so in Britain. Lorenzo was able to keep pace and even re-take the lead twice after small errors by Marquez. The Spaniards thrilled fans with a hard-fought battle right to the final lap, Marquez crossing the line 0.732 seconds ahead of Lorenzo. In his 246th premier class start – a new record – Valentino Rossi (Movistar Yamaha) finished third, 8.519 seconds back, narrowly edging Dani Pedrosa (Repsol Honda) and Andrea Dovizioso (Ducati Team) in the process. For full results from Silverstone, click here.

Marc Marquez continues to lead the overall championship standings with 288 points. Dani Pedrosa is in second with 199, while Valentino Rossi sits third with 189.

The next round of MotoGP goes September 14th at the Misano World Ciruit in Italy.