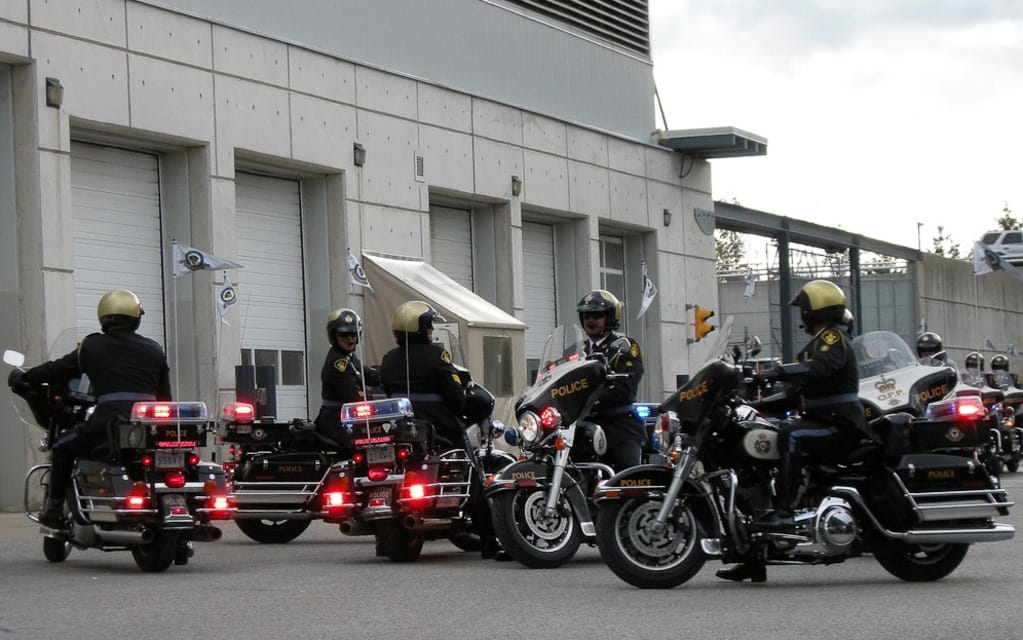 A motorcyclist caught by an OPP aircraft while speeding at 210 km/hr and subsequently charged under the Ontario’s stunt-driving law, according to the CBC
was lucky not to be one of the nearly record number of motorcycle-rider fatalities in the province this year.
OPP said 26 motorcycle riders have been killed this year, and the continuing riding season threatens to produce what could be a seven-year high in motorcycling fatalities.
OPP said there are errors in thinking about the causes and circumstances of serious motorcycle crashes. For example, it’s not kids, but middle-aged and older riders who tend to die most frequently on Ontario roads. Of the 175 motorcycling fatalities investigated by the OPP from 2008 to 2014, speed was a factor in only 43 crashes, but failure to yield (most likely the typical left-turning car) factored in only 20 of them. See more on the CBC website, and hey — be careful out there!