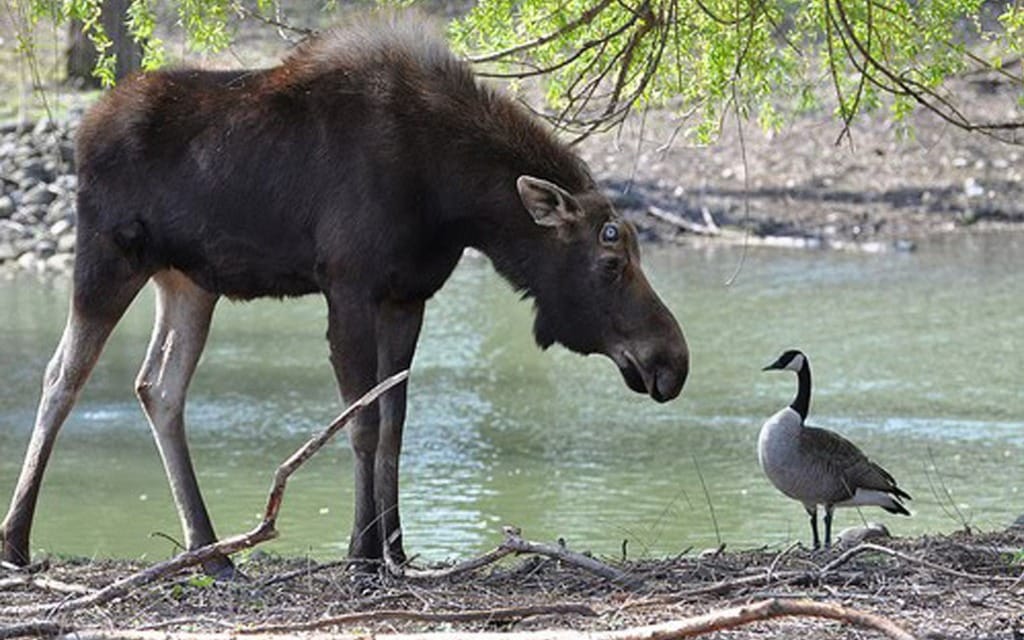 A moose appeared to be uninjured after colliding with a motorcycle in Edmonton last night, but the motorcycle rider wasn’t so fortunate.
According to 630CHED.com, the rider “saw the moose just before the impact and had time to lay down the bike in a failed attempt to avoid a collision.” That’s right, a “failed” attempt.
The rider was middle aged and suffered non-life-threatening injuries. The moose, according to the radio station report, was spotted later by a police helicopter, and appeared to be walking normally.
It’s been a bad summer for motorcycle crashes, particularly in Ontario. A 45-year-old North Bay, Ontario, resident died in hospital after a Friday crash in which he left the road way and hit a rock cut. A funeral was held yesterday for a Niagara, Ontario, region police officer who was killed while riding home from work on Friday. His motorcycle and a car collided outside of Welland.
A 52-year-old man was killed on Wednesday in southern Ontario’s Essex County when a pickup truck that had stopped at an intersection pulled out; the driver apparently did not see the Harley-Davidson touring bike approaching from a side road that had no stop sign. A 52-year-old woman died earlier this month after a Sunday crash in East Gwillinbury. She was a passenger on a motorcycle that collided with a car; the driver of the motorcycle was not seriously injured.
Earlier in the summer, an OPP officer lost part of his leg after hitting a goose during a Golden Helmet Motorcycle Precision Team training exercise.