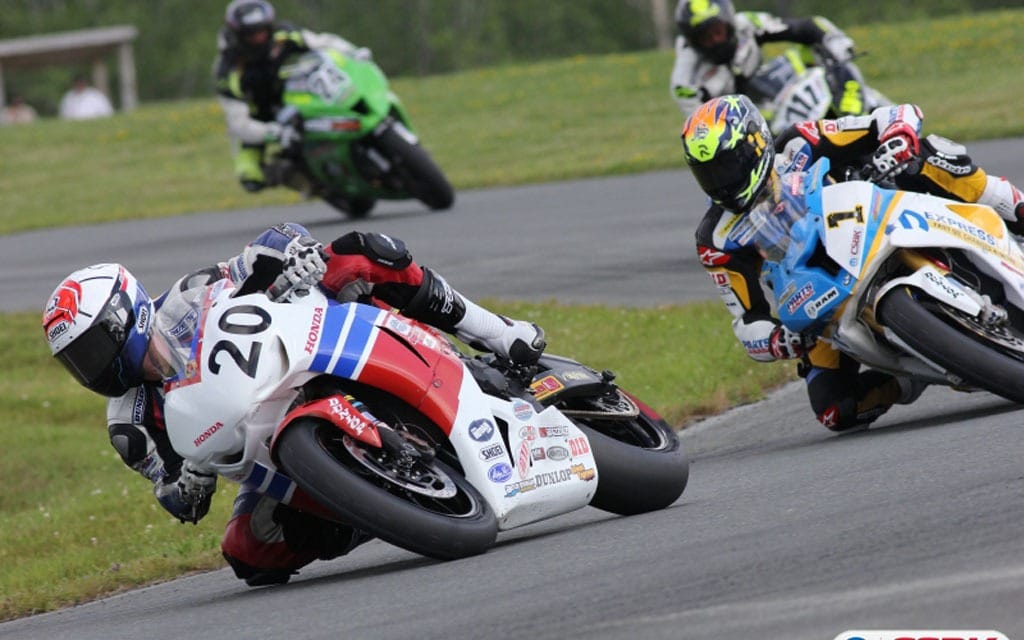 Thumbs down for Szoke at Mosport

Canadian Superbike competitors will meet this weekend at Canadian Tire Motorsport Park — Mosport race track, that is — for a double round of the national Mopar Canadian Superbike Championship. Other race classes scheduled for the weekend include the Hindle Exhaust Pro Sport Bike series, the Magnetti Marelli Amaterur Superbike series, the Bell Helmes Amateur Sport Bike race, RACE Masters and Sportsman clases, and the Honda CBR250R National series.
BMW Motorrad Days will be held in conjunction with the races, with demo rides, live music, and merchandise for sale.
At this point in the season, BMW rider Jordan Szoke leads Honda’s Jodi Christie by 13 points and Suzuki’s Trevor Dailey by 56 points. However, Szoke crashed last weekend while holding the lead of an observed trials event and injured his thumb, which seems likely to keep him off the race track this weekend. He said he was “extremely disappointed that it will be unlikely to secure our 10th Superbike Championship over the weekend.” He’ll be there to sign autographs, however, and maybe garner some sympathy for his poor thumb.