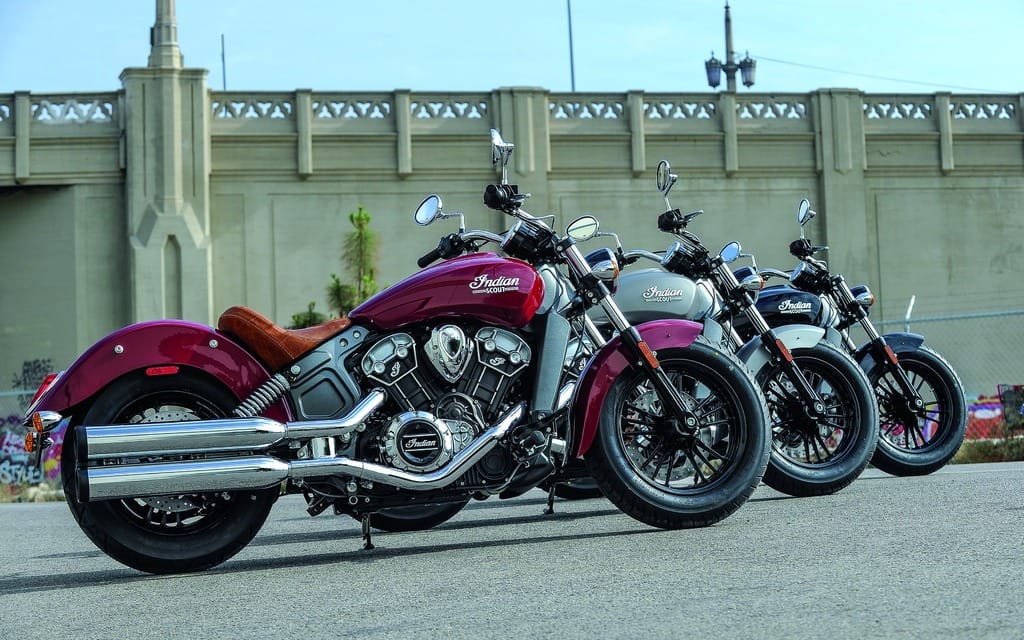 The new Scout is powered by a liquid-cooled 1,133 cc V-twin that pumps out a claimed 100 hp. ABS comes standard, as does the tan leather solo seat. A low seat height (643 mm) and reasonably light weight (claimed 255 kg) mean the Scout should accommodate smaller riders well. Even more accommodating is the price, which starts at $12,199. Scouts are expected to be in Canadian dealerships by early 2015.

Steve Menneto, vice president of motorcycles for Polaris Industries, commented on the new Scout: “Over the course of 30 years of countless innovations, racing wins, world records and industry firsts, the Scout earned its reputation as a versatile, multifaceted bike that appealed to just about every rider and every riding style. Our designers and engineers have taken that heritage and those characteristics and fused it into the 2015 Indian Scout.”