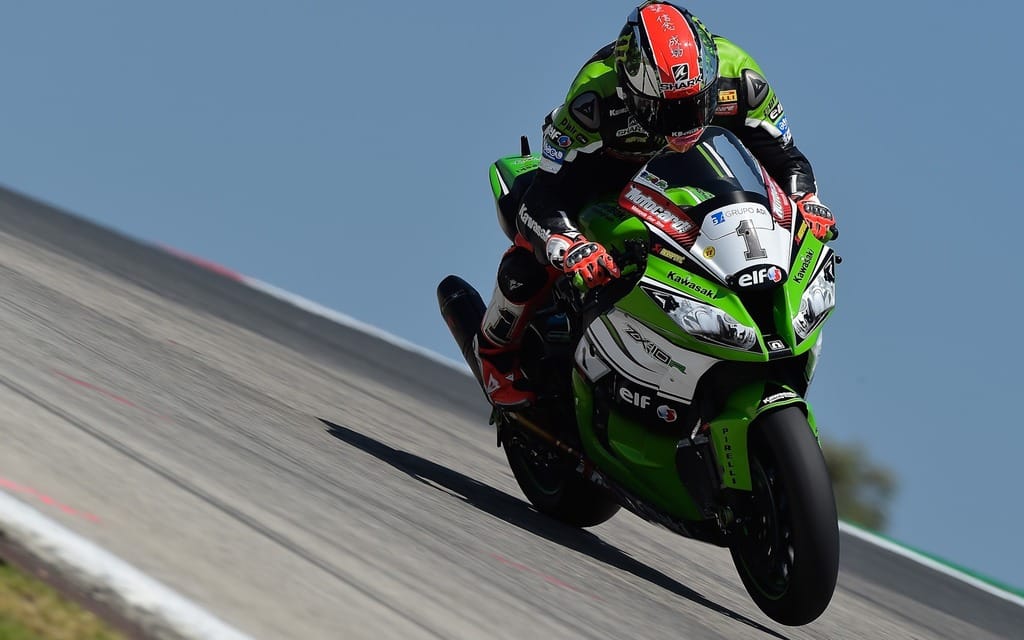 An official World Superbike two-day test came to a close earlier this week in Portimao, Portugal, with a familiar name topping the timesheets. Defending WSBK champ Tom Sykes (Kawasaki Racing), who currently leads the overall championship points standings, was quickest round the Autodromo International do Algarve circuit with a best lap time of 1:42.719.

Sykes’ closest rival in this year’s championship also came closest to his best lap time at the test. Sylvain Guintoli (Aprilia Racing) put in the second best time of 1:42.954, despite having his final day brought to an early end by a crash in the morning session. Luckily the Frenchman was unhurt.

Sykes’ Kawasaki teammate Loris Baz was third quickest with a lap time of 1:43.110.

WSBK riders are now officially on summer holiday, with a break of six weeks before the tenth round of the season takes place Sept. 7 at Jerez, Spain.