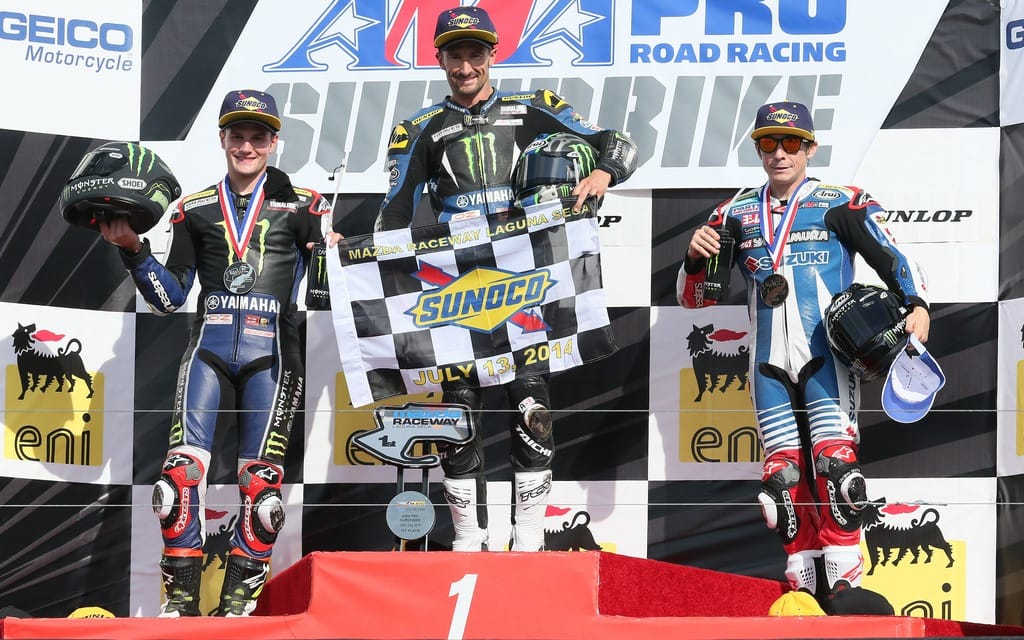 Having swept the AMA’s previous round at Barber Motorsports Park, Hayes was arguably the favourite going into the weekend – though his teammate Cameron Beaubier was on pole for the 23-lap race. Hayes had a good start and was leading by the end of lap one, while Beaubier failed to capitalize on pole position and fell to fourth. Hayes went unchallenged for the remainder of the race, which ended with a red flag on lap 19. By that point Beaubier had worked his way up into second, finishing 3.505 seconds back. Roger Hayden (Yoshimura Suzuki Factory Racing) took third, 4.877 seconds behind. For full results from Laguna Seca, click here.

With the win Josh Hayes increases his points total in the overall standings to 175. Cameron Beaubier moves into second place with 135 points, while Roger Hayden remains third with 134.

The next round of AMA Pro SuperBike is at the Mid-Ohio Sports Car Course in Lexington, Ohio, on July 19 and 20.