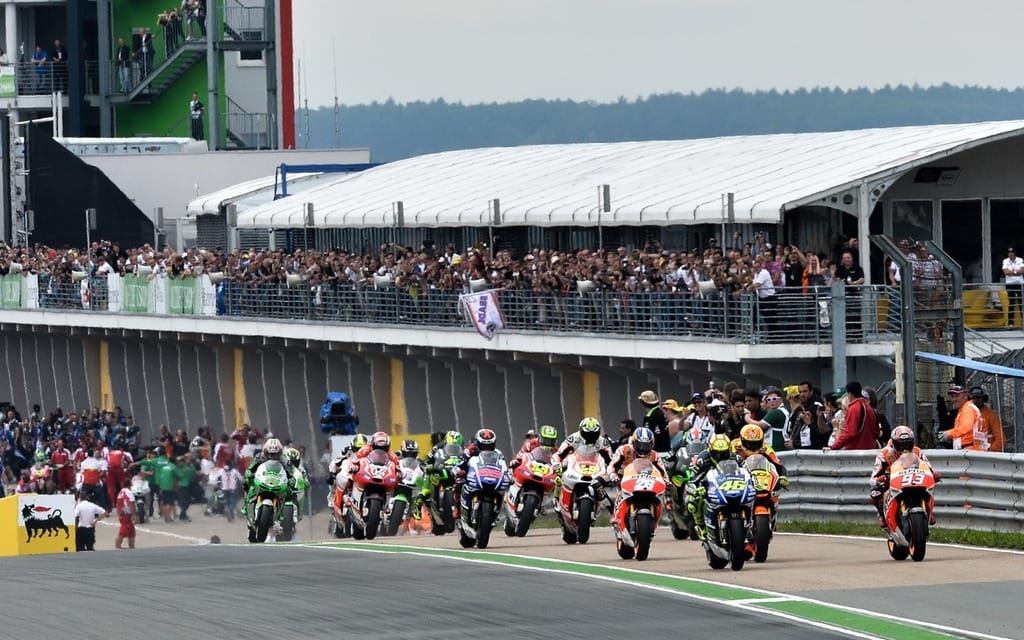 Marquez wins a weird one in Germany

Pre-race rain led to a chaotic start from pit lane for many riders in the MotoGP German Grand Prix on Sunday. In the end, Marc Marquez (Repsol Honda) made it nine wins in nine races for a perfect record going into the summer break.

Stefan Bradl (LCR Honda) appeared to have judged the conditions to perfection with a hurried switch to slicks on the grid. But a bike with mixed settings (front end set up for wet, rear set up for dry) saw an early lead squandered as riders who opted for the last-minute swap and pit lane start were able to catch up and overtake the German. Bradl would eventually finish 16th.

Marquez and teammate Dani Pedrosa got past Bradl and set a blistering pace, the pair pulling away from the rest of the field. Pedrosa kept things close but couldn’t challenge for the lead, finishing 1.466 seconds back. Jorge Lorenzo (Movistar Yamaha) took third, 10.317 seconds behind. For full results from Germany, click here.

Marquez leads the overall championship standings with a perfect 225 points. Dani Pedrosa moves into second overall with 148 points, ahead of Valentino Rossi (Movistar Yamaha) with 141.

The next round of MotoGP goes August 10 at the Indianapolis Motor Speedway in Indiana.