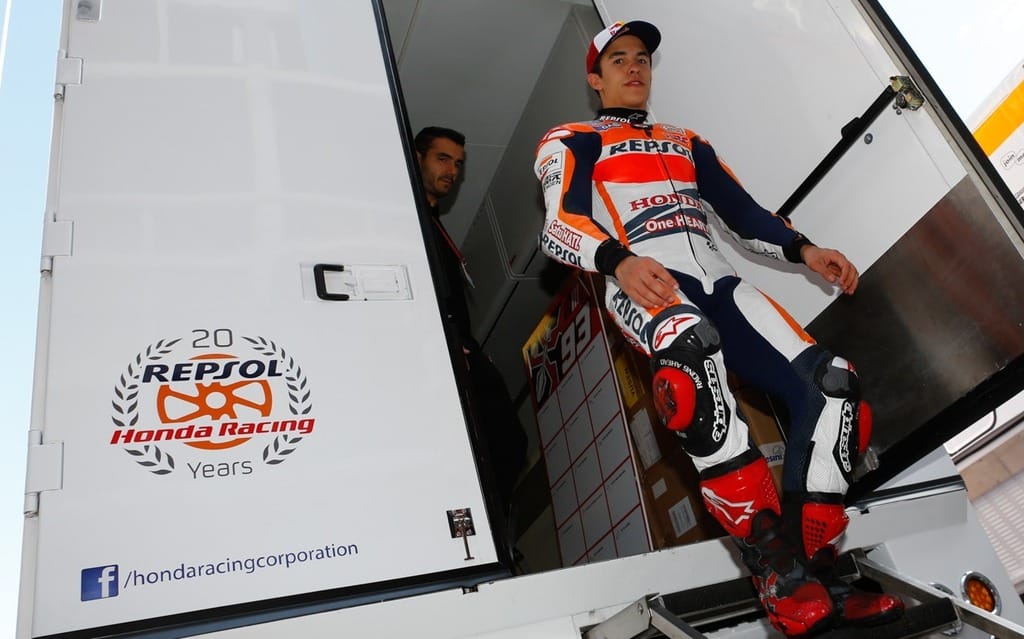 MotoGP Champion Marc Marquez’s penchant for pitching it sideways on a flat track is well known. It’s part of his training regimen – some would say a dangerous part, as he suffered a broken leg in a flat track crash during the off-season. Marquez even went bar-to-bar with 2013 AMA Pro Flat Track Grand National Champion Brad Baker at the Superprestigio flat track event in Spain last January.

So it seems fitting that Marquez be named Grand Marshal for the 2014 Indy Mile Pro Flat Track Grand National, which is set for Friday, August 8. Marquez and Baker will also have a question-and-answer period during the opening ceremonies for the event.

“I am so excited about this opportunity,” Marquez said in an Indy Mile press release. “I love dirt track, and it will be my second time watching it on the circuit. I am looking forward to being there with all of the American fans.”