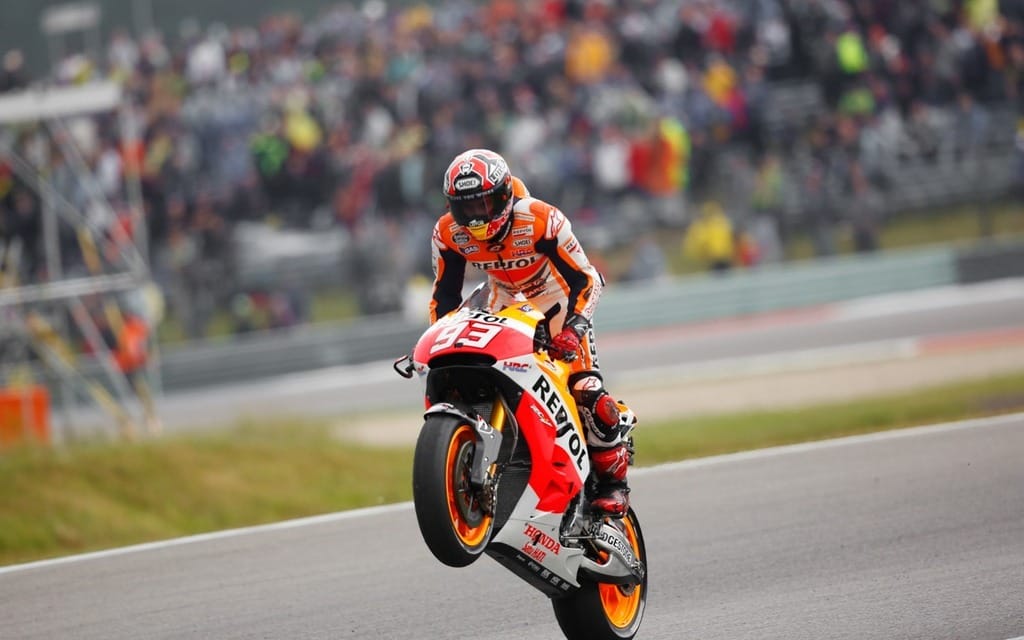 Marquez makes it eight for eight in Assen

First it was raining, and then it wasn’t. Then the skies threatened rain and a few drops fell. Amidst the confusion of a complicated flag-to-flag contest at the Iveco Daily TT Assen, Repsol Honda’s Marc Marquez judged conditions superbly, adding another win to his perfect 2014 MotoGP record – and tying Giacomo Agostini’s record of winning the first eight premier-class races of the year in the process.

The start of the race was delayed due to wet conditions, with an extra sighting lap added to allow riders to make a final decision between slick or wet tires. Most went with wets, though, notably, Valentino Rossi (Movistar Yamaha) looked to be opting for slicks until a last-second decision saw him starting from pit lane on wets. The slick gamble proved costly, as Rossi would have to work his way up through the whole field, eventually finishing fifth.

Ducati’s Andrea Dovizioso led early on, though after drying track conditions saw all riders switch to slicks by lap seven Marquez soon made the pass and opened up a lead. The defending champion would eventually win by a margin of 6.714 seconds, with Dovizioso claiming his second podium position of the season. Dani Pedrosa (Repsol Honda) was able to fend off early attacks from Aleix Espargaro to take third, 10.791 seconds adrift. For full results from Assen, click here.

Marquez continues to build on his substantial lead in the overall championship standings, now with a perfect 200 points. The battle for second overall is heating up, with Valentino Rossi and Dani Pedrosa tied with 128 points each.

The next round of MotoGP goes July 13 at Germany’s Sachsenring.