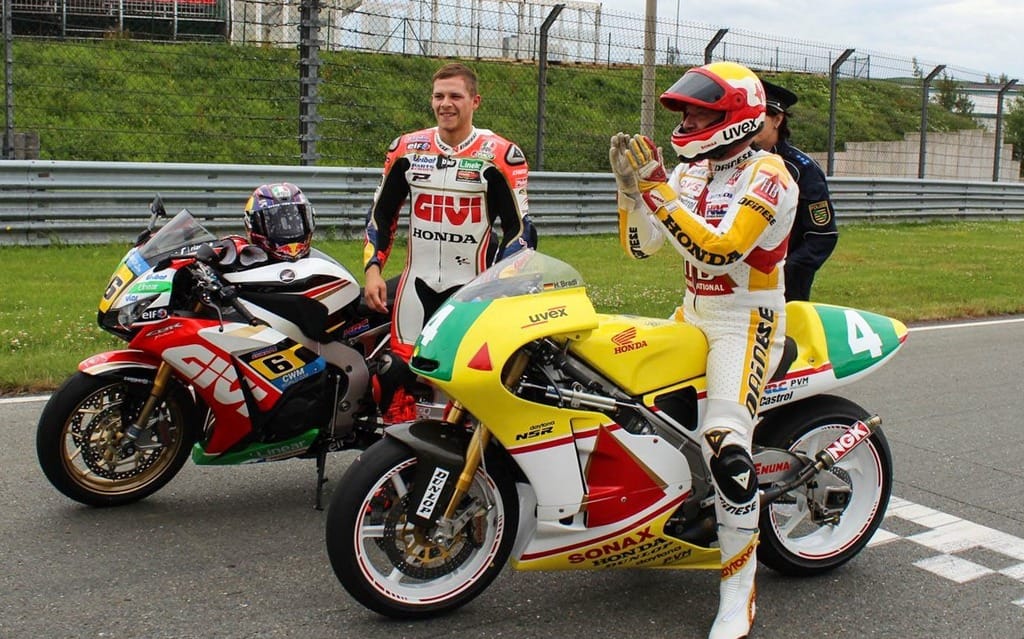 Immediately following a disappointing tenth-place finish at Assen on Saturday, MotoGP rider Stefan Bradl hopped on a private jet and headed home to Germany to take part in a promotional event at Sachsenring on Sunday.

Ilmberger Carbonparts, one of Bradl’s sponsors, had organized a “Tech Day” for race fans, the highlight of which was Bradl putting in some laps on his father’s 1991 250 World Championship runner-up Honda two-stroke. Bradl took to Twitter afterwards saying, “This was an emotional moment for me. Riding a 250cc bike for the first time ever in my life.”

Lucio Cecchinello, Bradl’s LCR Honda team manager, was also at the event conducting workshops about MotoGP materials. As Ilmberger Carbonparts organized this event, naturally the focus was on carbon components.