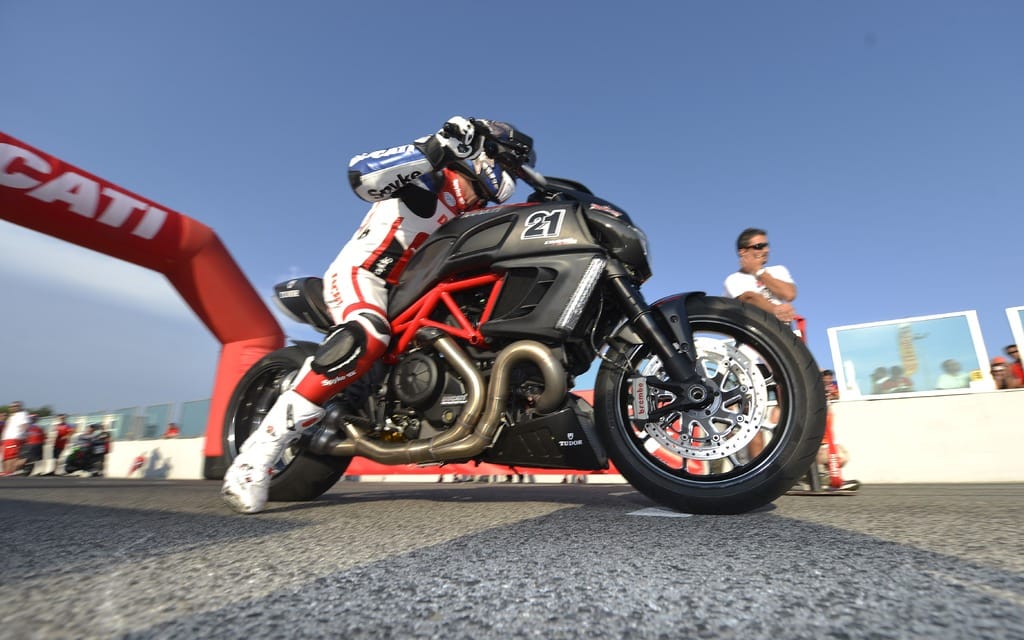 One of the highlights of World Ducati Week is the annual drag race, and this year it’ll be twice as nice.

The race takes place on the starting straight of the Misano World Circuit. The ride of choice is the 162 horsepower Diavel Carbon, sporting “Drag Race” livery and aftermarket Termignoni exhausts. This year the action will be spread over two days (July 18 and 19) and will feature some big names in Ducati racing – both current competition riders and former racers connected to Ducati’s storied racing past.

Notable competitors include: Andrea Dovizioso, Cal Crutchlow, Andrea Iannone, Davide Giugliano, Chaz Davies, Troy Bayliss, Carlos Checa, Ruben Xaus and Carl Fogarty. The event is for fun, but these racers are the real deal – expect the competition to be fierce.