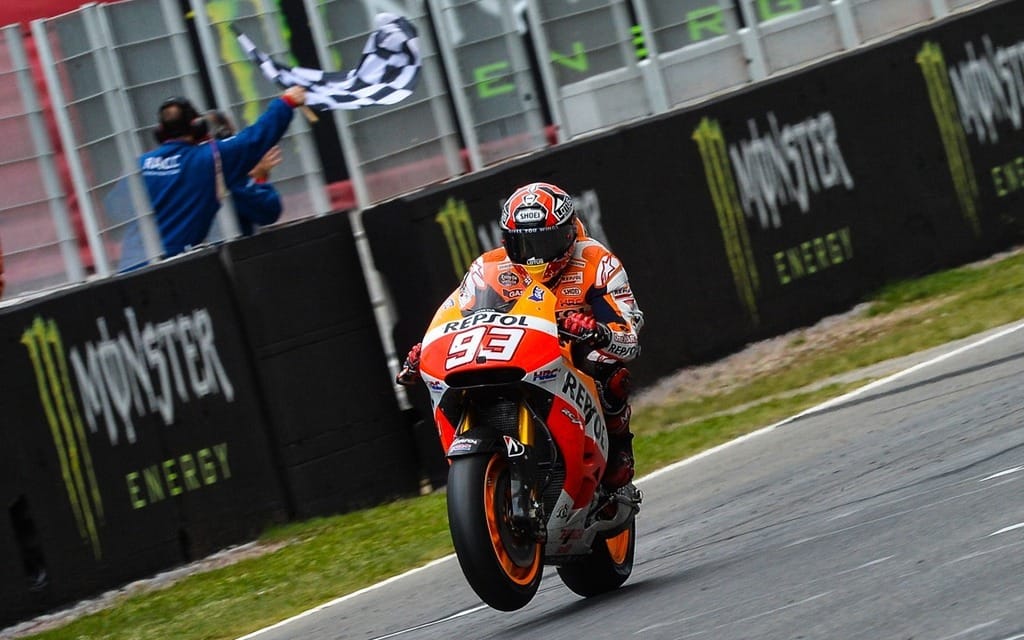 Repsol Honda’s Marc Marquez earned his seventh successive victory in 2014 at last weekend’s Gran Premi Monster Energy de Catalunya in Barcelona, Spain. Valentino Rossi (Movistar Yamaha) led for much of the race, but Marquez and teammate Dani Pedrosa tracked Rossi down in the latter stages of the contest. The Honda riders had a moment when Pedrosa touched Marquez’s rear wheel, though the defending champion held on for the win. The incident allowed Rossi to pass Pedrosa and take second place, 0.512 seconds back. Pedrosa recovered from his near crash and settled for third, 1.834 seconds behind the winner. For full results from Catalunya, click here,

“Today was more difficult than Mugello,” said Marquez. “The Yamaha riders were very strong early in the race. I was struggling a little bit but then I caught Valentino. It was really special to fight the last laps with Dani and Valentino.”

Marquez leads the overall MotoGP championship with a perfect score of 175 points. Valentino Rossi is second with 117 and Dani Pedrosa is third with 112.

The next round of MotoGP is June 28 in Assen, Netherlands.