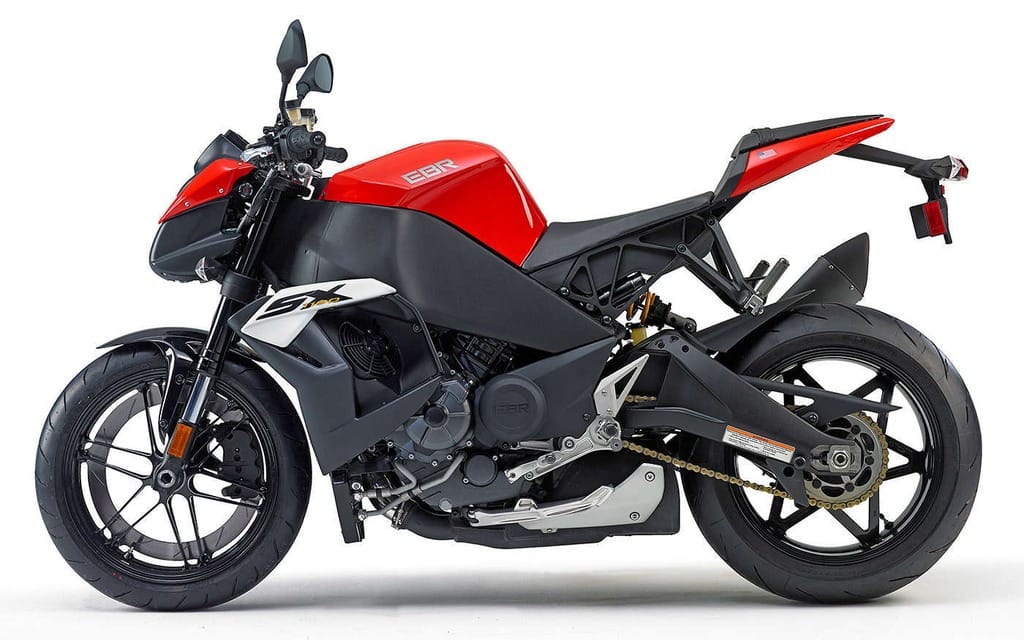 Erik Buell Racing has announced the addition of a new naked streetfighter to its lineup, the 2015 EBR 1190SX. Aside from knowing the model year and that the bike is currently in production, confirmed information is scant.

We do know that the 1190SX is based on EBR’s 1190RX superbike, with many of its components likely lifted directly from the RX. The 1,191 cc V-twin appears to be the same – perhaps with a re-tuning to beef up the midrange (a common custom for superbike-based nakeds), though the cost of having a new engine setup certified may have made this an unviable option for small-scale EBR. Buell’s twin-spar fuel-in-frame design is an expensive one and is probably retained in the SX. A standard tubular handlebar replaces the RX’s clip-ons and the bike gets stripped to its skivvies with bare minimum bodywork.

Price and availability for the EBR 1190SX are not yet known.