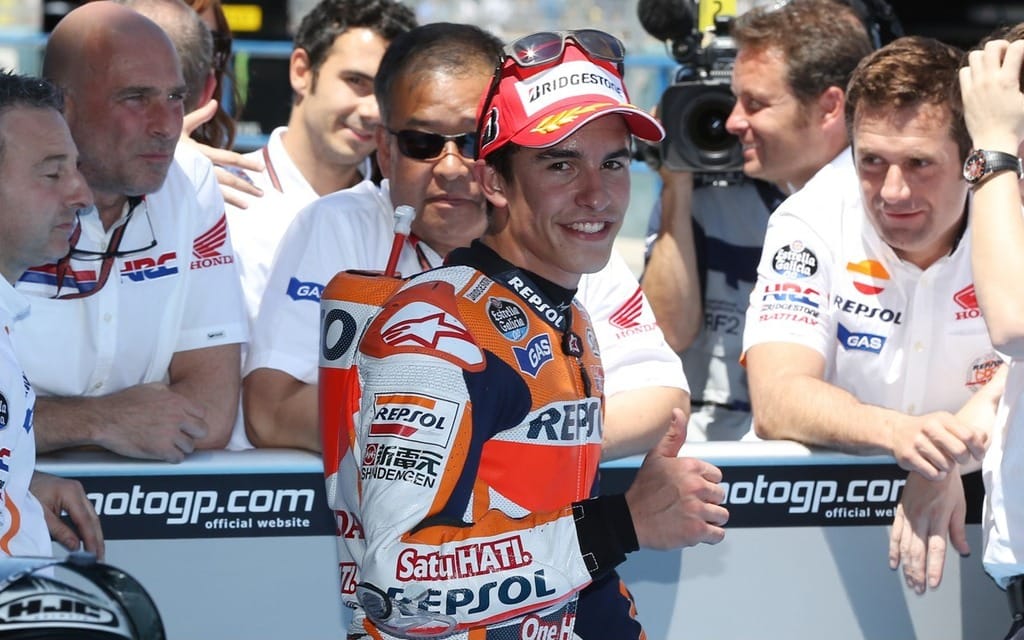 It’s official; Spanish racing star Marc Marquez has renewed his contract with the Honda Racing Corporation until the end of the 2016 season.

“I am very happy to announce my renewal with HRC,” the 21-year-old said. “I had always dreamt about being part of the Repsol Honda Team, and thanks to Honda the dream came true a year and a half ago. Everything happened very quickly last season. Becoming World Champion during my first season was another dream which became reality. It is a great honour to be a part of the Honda family and I’m glad to remain with this special group of people for another two seasons.”

Considering the brevity of his stint in the premier class, Marquez’s record is sterling. He shocked MotoGP last season by winning the championship in his rookie year. Out of his 22 races so far in the class he’s won 10, come runner-up six times, and placed third four times. He’s also claimed 13 pole positions. He’s taken every pole so far this season, and has gone on to win the race every time.