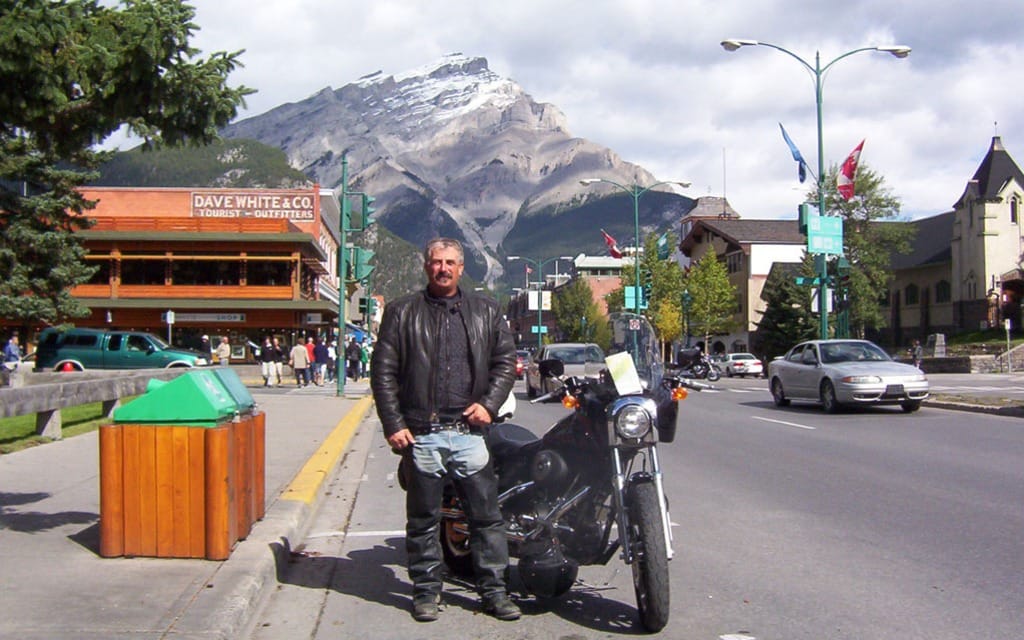 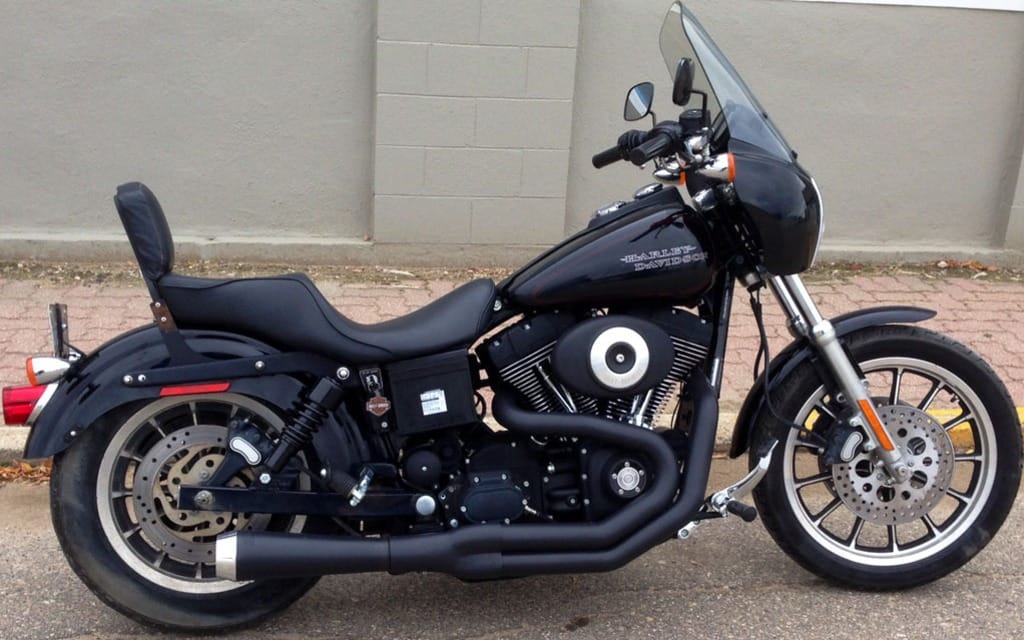 Cycle Canada didn’t test the Dyna Super Glide Sport from Harley-Davidson back at the turn of the century, but it and only one other H-D, a Sportster, were selected for our Sport Bike Buyer’s Guide in February 2001.

When Don Rosenkranz bought the T-Sport to punctuate his 40th birthday, he was going through what he calls a “major” midlife crisis. You can laugh, but it was the first new vehicle he had ever purchased, and a good choice for this Manitoba resident. Bikes have always been a priority for him, and now he owns a small fleet of large-displacement sportbikes, including a Yamaha Thunderace, his most recent acquisition. To grok Harleys and sportbikes at the same time is not quite unheard of, and it explains why, when he sought a Big Twin during his middle-age meltdown, he chose a sporting Harley. Nearly 15 years have passed; Don is married to someone who groks him and his bikes, and his T-Sport is, with the aid of some new parts, more sporty, and less sporty, than ever.

WHY DID YOU MODIFY THE BIKE?
I was looking at the time (two years ago) for a late model Sportster. I needed something to just go to town on and get the mail, and I ran across this engine kit on Kijiji, and it was a hell of a good price, so I decided to do the kit instead. And the guy that did it (Glenn Hubert of Hillside Cycle in Dauphin) also did a bit of head work on it. And he lowered it, too.

LOWERED IT?
On the T-Sport, there’s adjustable suspension in the front, you can move the triple trees on that model, so he just dropped the triple trees, and the fork tubes came up an inch. And we put on some Burly rear shocks that lower the back end.

HOW DOES IT HANDLE NOW?
It’s not bad, but that rear suspension, there’s not much travel on it, so it acts like a hardtail from my younger days. There might be a half inch of travel in the back.

IT’S LUCKY YOU HAVE THAT BIG-ASS SEAT ON IT.
Well, I got a Dyna seat for riding around here. But that seat was good for going across Canada, like out west.

YOU’VE DONE THAT?
Yes, I’ve been to Vancouver Island on it three or four times.

ARE THE BAGS BIG ENOUGH TO BE USEFUL?
On that model they’re expandable. They double in size.

WHAT ENGINE WORK WAS DONE?
A Screamin’ Eagle Big Bore 95 kit, with the updated hydraulic cam chain tensioners and high flow oil pump. The early Twin Cams had problems with the slippers on the tensioners. They were pressing too tight on the cam chain and they would wear prematurely. When I purchased this bike I was told that I had to warm the bike up for at least five minutes so that it would be well lubricated, and on those early Twin Cams you were supposed to change the oil every 3,000 kilometers. Glenn also installed cams, a high-flow air intake, and a Bassani Road Rage exhaust system, and he did some head work.

HOW DID THE ENGINE FEEL AFTER THE WORK?
I had to break it in slowly, and now, it’s a bat out of hell. It has balls—I imagine it’s got a hundred horsepower after the head work and the cams. It outruns Stage II 103s, and it sounds wicked with the Bassani exhaust on it.

IT’S MORE FUN TO RIDE?
Most definitely. I’m very glad that I did the investment in it. I’ll never get the money back that I put into it, but it’s a great riding bike right now, especially to go get the mail.

HOW FAST HAVE YOU GONE ON IT?
Probably 110 or 115 miles an hour. I’ve got two speeding tickets over a hundred miles an hour on it.

HOW DOES IT FEEL AT THOSE SPEEDS?
It feels solid. I’ve got the suspension all stiffened up, and that little factory fairing helps. It’s a great handling bike.

WHAT WAS WRONG WITH THE FRONT BRAKES?
They were awfully grabby. Very sensitive. I found out later that the discs were warped, so I replaced them. It’s much better now.

DID YOU REPLACE THEM WITH STOCK HARLEY PARTS?
No, definitely not. I was told by the Harley mechanic here not to do that. I’ve also got a bigger bike, an FLHTK Limited, with the 103, and I’ve got the same front brake issues with that. Maybe I’m hard on the brakes, but I don’t think I’ve replaced the pads on my T-Sport once, so I can’t be that hard on them.

ALL THAT WORK WOULD HAVE COST THOUSANDS OF DOLLARS.
Yes. Yes. But I did pick up a lot of the parts on Kijiji for about half price. I got the exhaust, and also the Screamin’ Eagle Big Bore. So I saved quite a bit of money. I got the big bore kit for $600, and it’s regular $1,300. But other things I had to get from Harley-Davidson, like the cam chain tensioners, and the high-flow oil pump.

ANY FUTURE PLANS FOR IT?
No. It’s a good bike for running around town. I’ve got the Dyna seat on it now and it’s nice and low, easy for me to kick a leg over it. And for long rides I’ve got my Ultra Classic Limited. And I’ve also got a number of other bikes, I’ve got a Monster and some sportbikes.

IN THE GARAGE
Don Rosenkranz built a Harley chopper at 19 and two years later bought a Ducati Monza. It’s hard to know which of those bikes showed his true colours: he has half a dozen or more, most of them early model big-bore sportbikes, but then there’s that Electra Glide that he likes for touring.
His most recent acquisition is an early production run Yamaha Thunderace, which he says is “very similar to the earlier models, the FZRs.” He finds the seating position “extreme,” but given that shortcoming, “it’s not bad.”
He says the big Ninjas are “much more comfortable bikes” than the Yamaha or his ’86 GSX-R 1100, which has “lots of balls,” and attracts a lot of attention, so is forgiven for its demonic riding position, though it wasn’t ridden last summer (but a couple of thousand miles the previous summer).
His favourite would be the 2001 Monster that he bought two years ago. “When I was looking at the T-Sport, I was also looking at the Monster, so it was always in the back of my mind.” It’s a 900, “the first year with the fuel injected engine,” and it, too, has balls. “Lots of power, great seating position, and the biggest sex machine there is out there.” Everybody, he says, wants to rub up against it. Fortunately for them, it doesn’t have grabby front brakes.