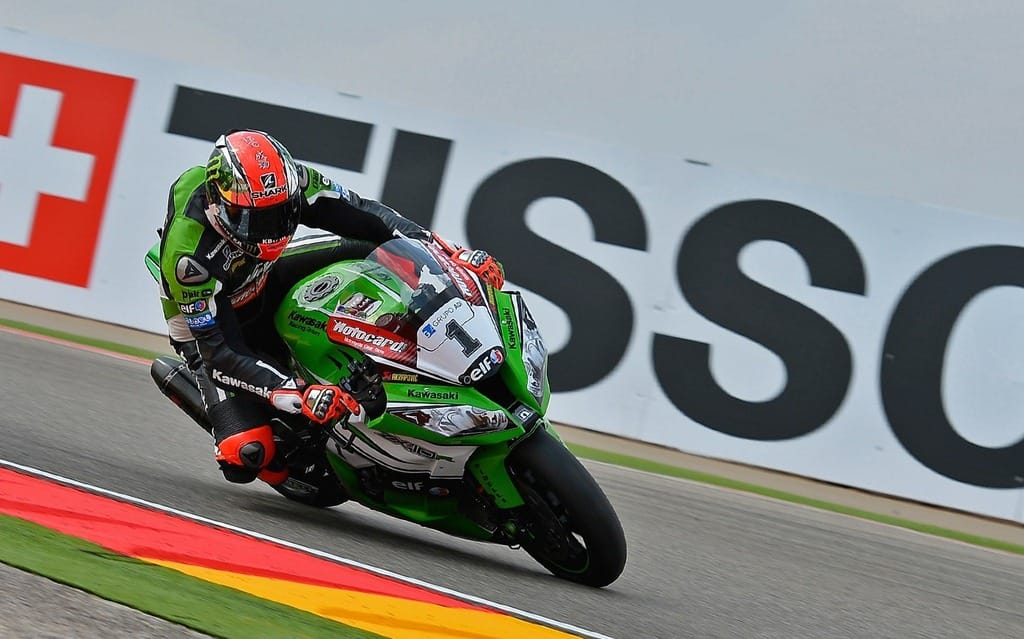 Sykes doubles up at Aragon

Not only did Tom Sykes (Kawasaki Racing Team) claim pole position at Spain’s Motorland Aragon circuit, he won both races in World Superbike’s second round as well.

The defending champion excelled in the cool conditions of Sunday’s first race, leading from the start and beating out teammate Loris Baz by 4.275 seconds for the victory. Sykes also set a new lap record during the race with a 1’57.664 on his second lap. Jonathan Rea (Pata Honda) rounded out the podium, finishing 8.418 seconds back of the leader.

Warmer conditions made for a much closer second race (track temperature had doubled since race one). Sykes again beat out Baz for the win, this time by a narrow margin of just 0.338 seconds. Both Kawasaki riders repulsed a late challenge by Marco Melandri (Aprilia Racing Team), though the Italian finished a close third, only 0.470 seconds back.

Sykes now leads the overall WSBK standings with 75 points, though teammate Baz is not far behind with 71. Sylvain Guintoli (Aprilia Racing Team) is third overall with 64 points.

The next round of WSBK takes place April 27 at the Assen TT Circuit in the Netherlands.