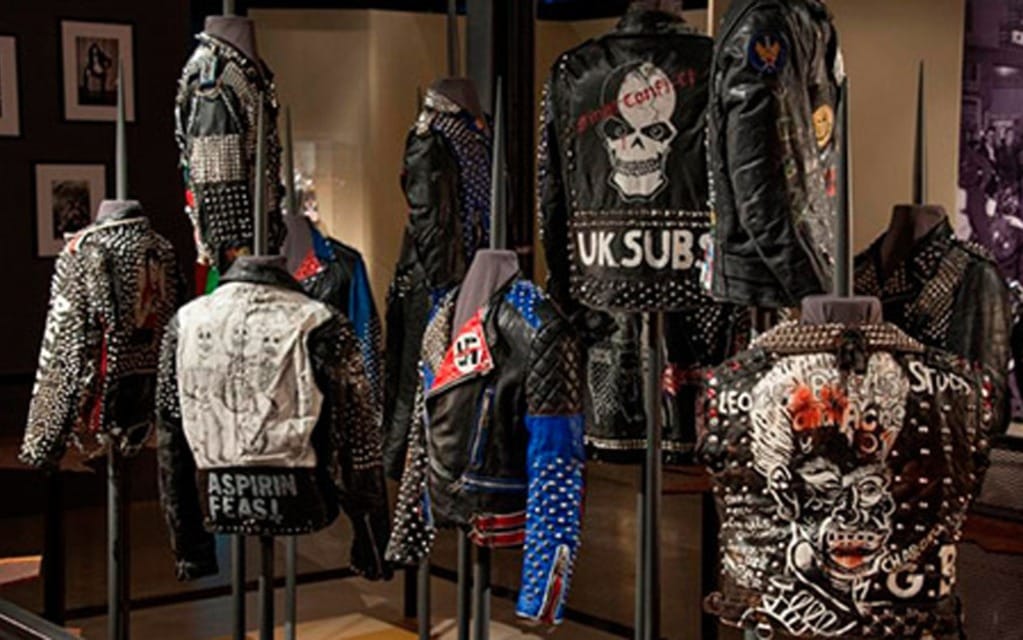 Leather jackets are the subject of a show at the Glenbow Museum in Calgary that should appeal to motorcyclists.

The Harley-Davidson Museum in Milwaukee and the EMP popular culture museum in Seattle cooperated to produce the Worn to be Wild exhibit, according to a story by Greg Williams on the driving.ca website.

Williams, whose column about vintage motorcycles appears in Cycle Canada magazine, writes about the evolution of the leather motorcycle jacket. Leather was popularized before motorcycle were commonplace, he notes, as a material for overcoats that were worn by men, women, and children in the early 1900s.

Soon they were made shorter and found favour among outdoor enthusiasts, and after that, leather was used during the Second World War by aviators. They motorcycle jacket style developed through the ’40s and ’50s, and then Marlon Brando wore one in “The Wild One,” and the leather jacket developed a reputation as a symbol of rebellion. Later, punk rock and haute couture took up leather jackets and spread their appeal.

The Glenbow exhibit moves to the Royal Alberta Museum in Edmonton in May.