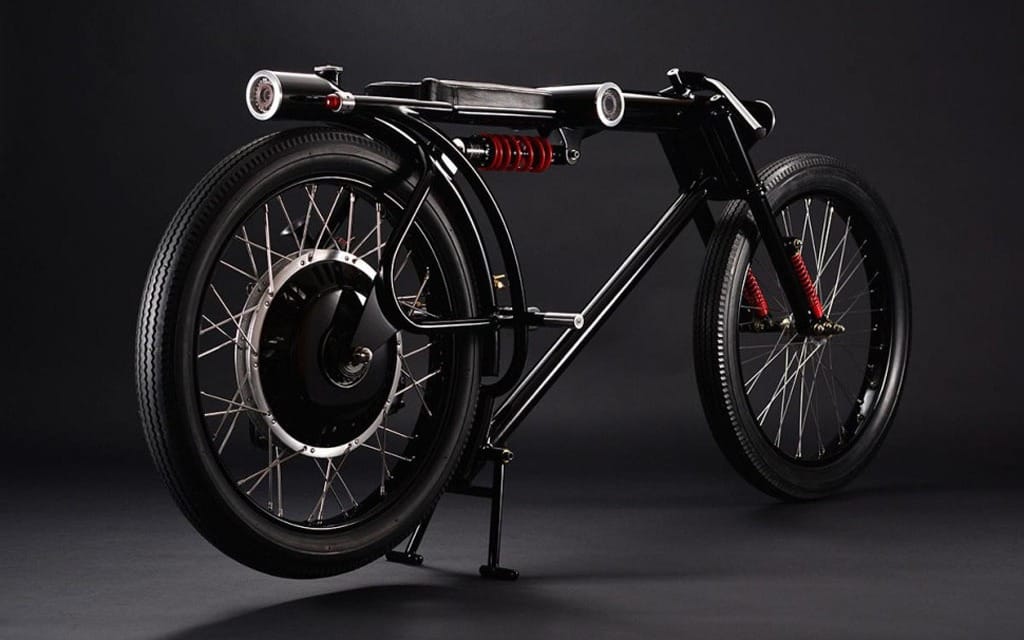 When Japanese artist and motorcycle builder Chicara Nagata was commissioned by the Japan Security System Company to make a surveillance camera they could display at a Japanese security show in March, he was stymied.

How to create something unique?

In an email message to website megadeluxe.com, Chicara, who is well-known enough to go by one name, said that the president of the security firm wanted a camera that had “never been seen” before, and was willing to leave everything up to the artist.

“I tried to come up with any novel idea about a security camera but in vain. My own image about ordinary security camera kept me from having bold and free imagination,” Chicara wrote.

“How about a security camera which can’t be ignored? I then tried to imagine the shape of a mounting bracket for the body of a camera. What kind of object; shape, color, the way to be installed do I really really want?

“What nobody creates but me is the one which has tires and an engine! I would like it for real riding! The motorcycle security camera came into the world this way. I was very thrilled with this idea and the excitement made me create it original as a security camera and unique as a motorcycle.”

The “motorcycle” is powered by a 1966 Honda 49 cc engine, and the four cameras come from Sony. They are 2-megapixel HD security cameras, mounted in place of head- and tail-lights, and near the centre of the bike, providing a full circle of view. And if you ride the motorcycle in a circle, you get … well, you get dizzy, especially if you’re looking at the video screen.