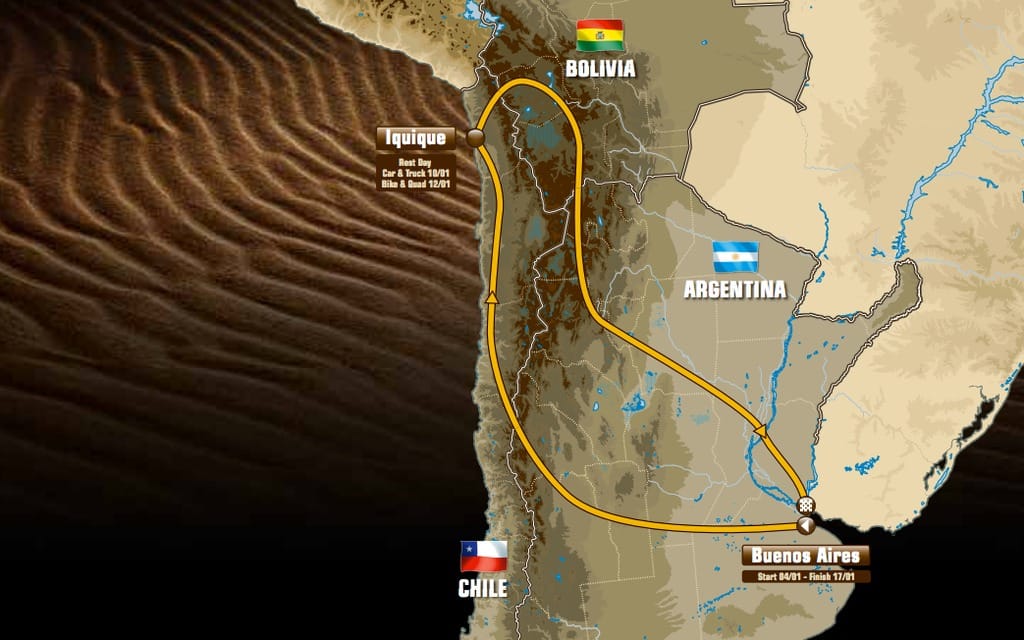 At a recent press presentation in Paris, France, the Dakar Rally announced its route for 2015, which will be the 37th edition of what many consider the world’s toughest off-road race.

Similar to last year, in 2015 the route will snake its way through the South American countries of Argentina, Bolivia and Chile. Competitors set out from the start/finish line on January 4th, 2015 in Buenos Aires, Argentina, winding up back in Argentina’s capital two weeks later after covering roughly 9,000 kilometres. The town of Iquique, located in Chile, will host the rest day.

Honda’s Martino Bianchi, general manager of Team HRC, commented: “The 2015 edition of the Dakar looks to be an interesting one. Having the start and finish both in Buenos Aires will bring in a lot of spectators, and the Bolivian and Chilean stages will be equally thrilling.”