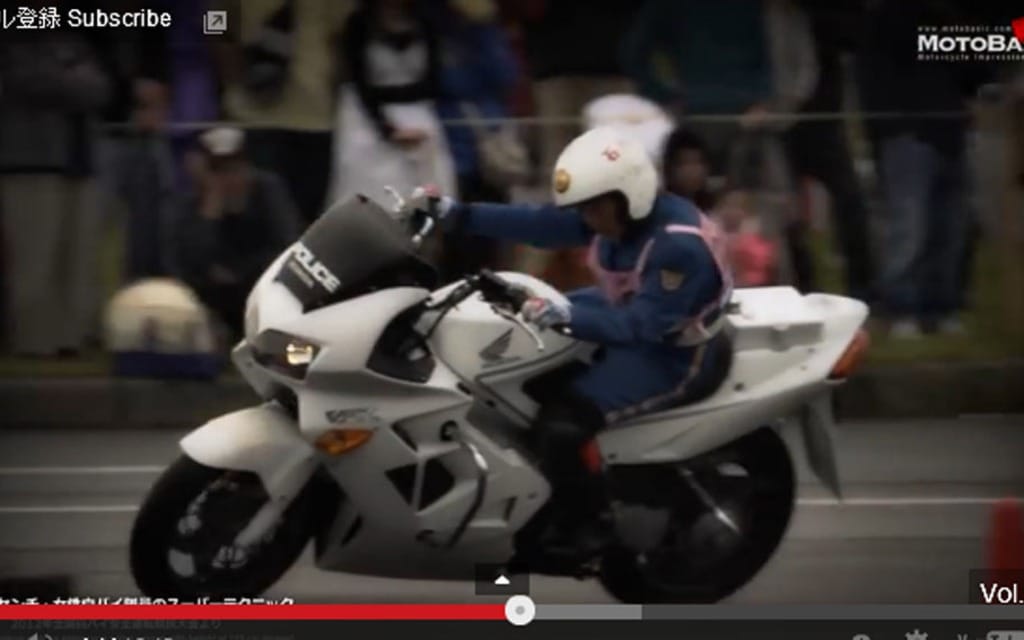 Japanese police will shortly expand their motorcycling repertoire with a squad of off-road police bikes, according to a story in kotaku.com. A police squad outfitted with the off-road bikes will be available for work when roads are damaged by earthquakes or other disasters and are too dangerous for ordinary vehicles.
Japanese motor cops are trained to a high degree of proficiency, as demonstrated in the country’s All Japan Police Motorcycle Safety Riding Competition, which has been held since 1969 for police officers from across the nation.
The competition is broken into sections for male and female officers and broken up further by height. It lasts for several days and includes trail riding, motocross, and slalom events.
Videos of male and female officers performing show some good riding, and in particular the small Japanese woman on a VFR800 riding in a fast and fluid manner would put most skilled civilian riders of any country to shame. If you think you’re good, or even if you don’t but want to know what good really means, check it out.