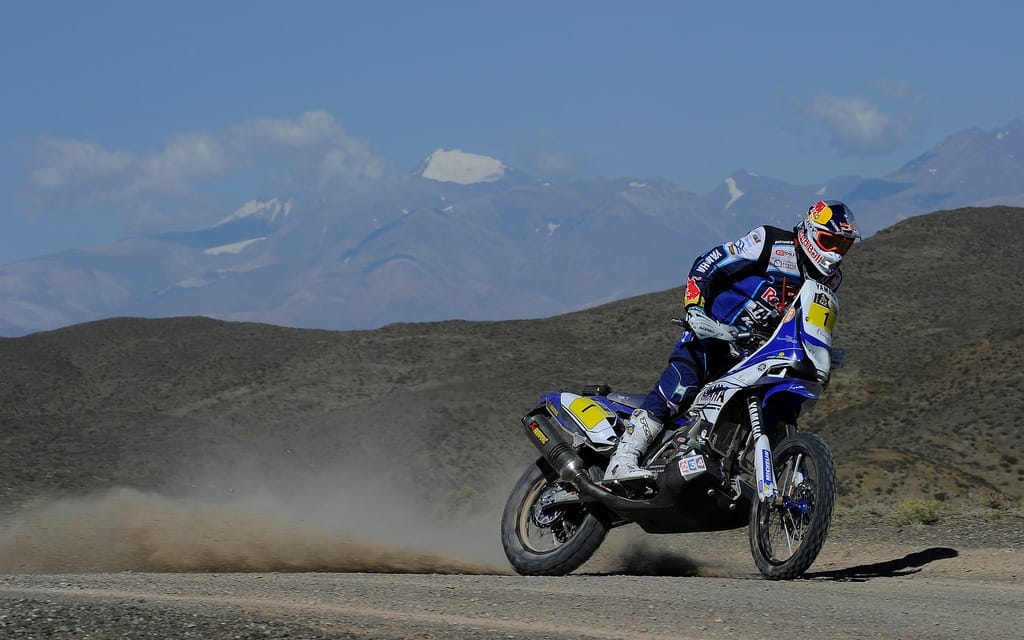 Relive the 2014 Dakar with Yamaha

Yamaha Factory Racing recently released a YouTube video highlighting its 2014 Dakar. The video recaps the exploits of Cyril Despres, Olivier Pain, Michael Metge and Frans Verhoeven, and you can watch it all from the comfort of your computer chair.

It does a good job of capturing the stunning scenery of the 2014 South American route, which had riders travelling through Argentina, Bolivia and Chile. It shows Yamaha’s best tackle deserts, dunes and dirt tracks at impressive speeds, as well as some behind the scenes action.

The 2014 Dakar was a bit of a disappointment for Yamaha. Despite luring five-time Dakar winner Cyril Despres away from KTM, the overall victory still eluded the Japanese manufacturer. Despres did win three stages this year, and finished fourth overall. Olivier Pain did one better, finishing third in the final standings.

Ultimately, Yamaha is in the business of selling motorcycles. The video ends with a plea to “Chase your own adventure” and “experience Yamaha’s range of off-road and adventure models.” It’s essentially a four-minute commercial, but an enjoyable one nonetheless. To see the video, click here.