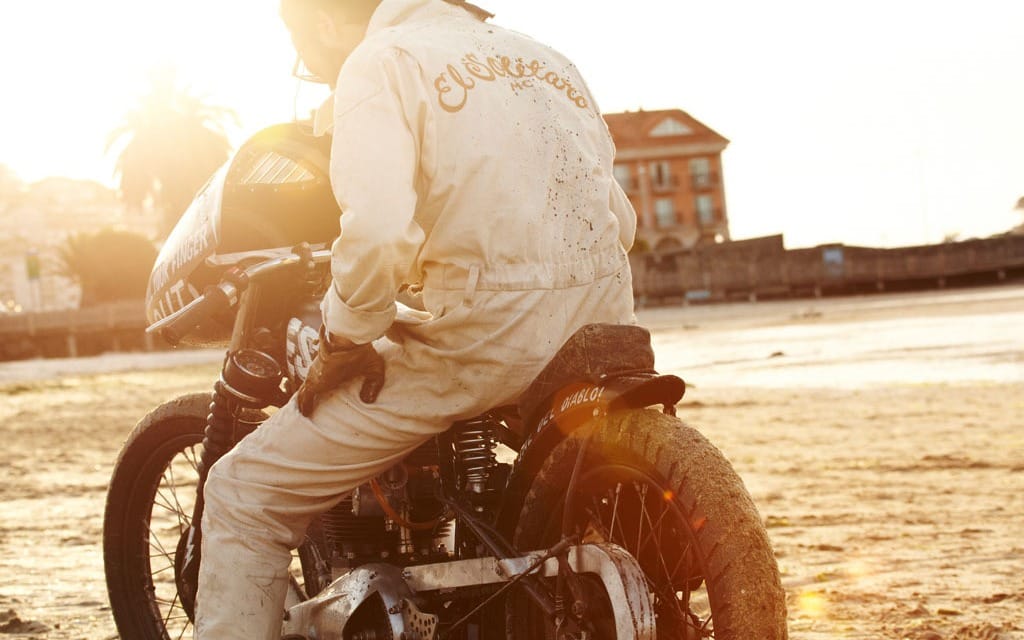 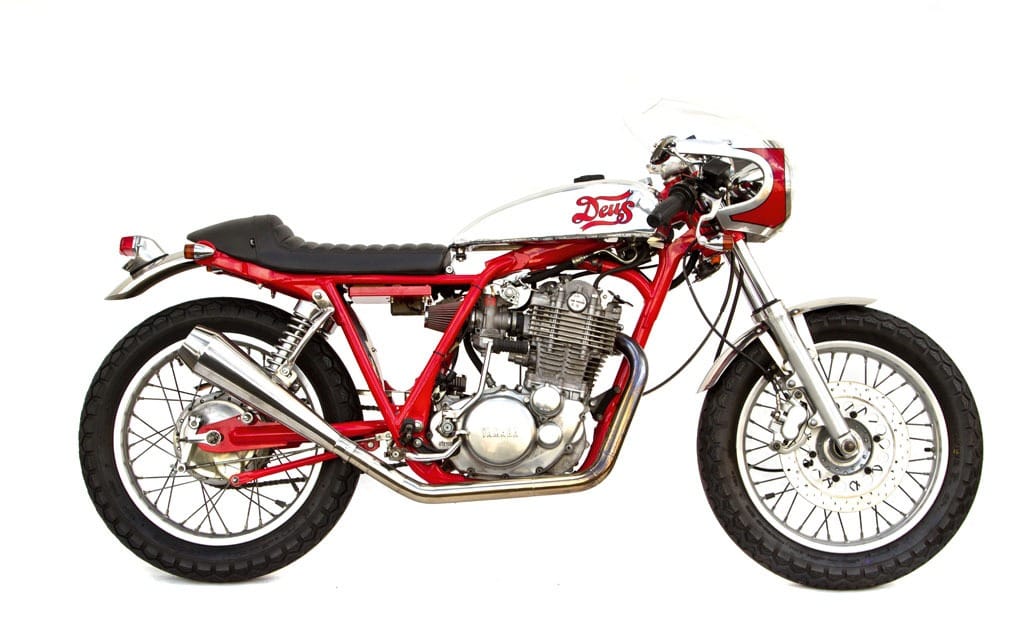 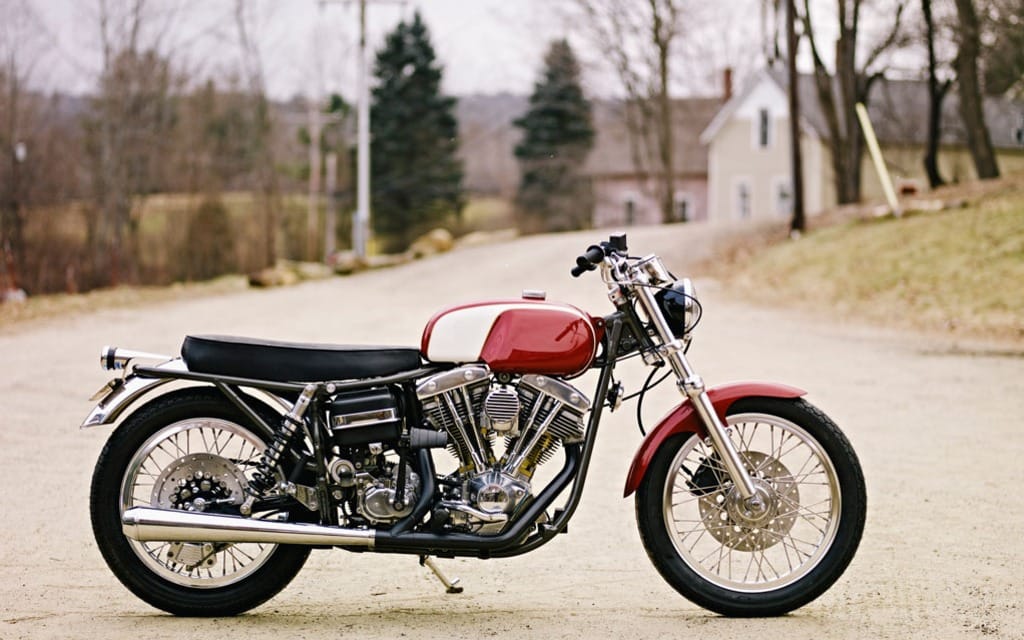 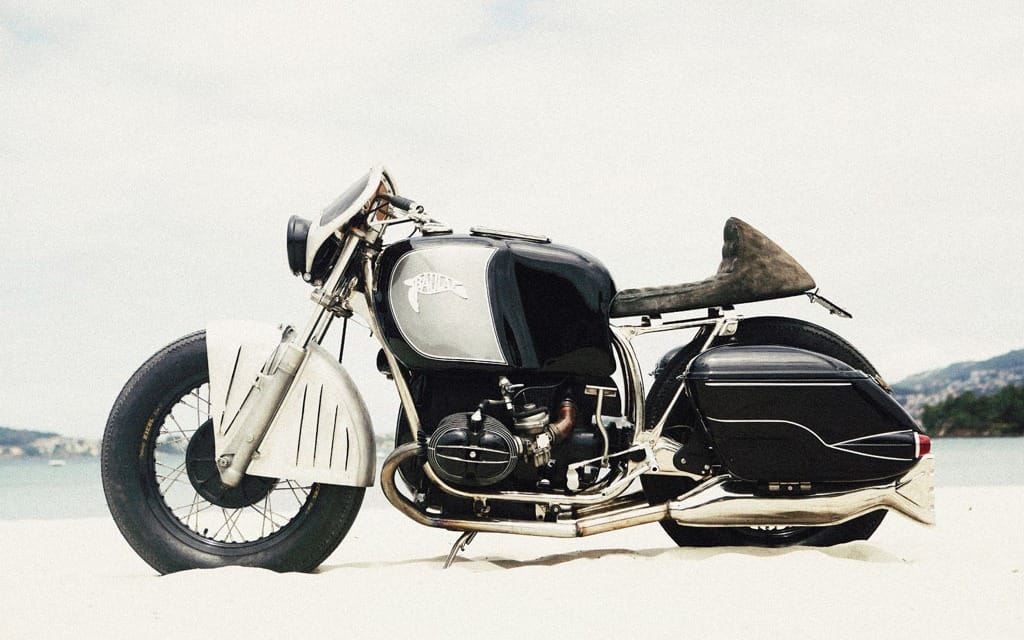 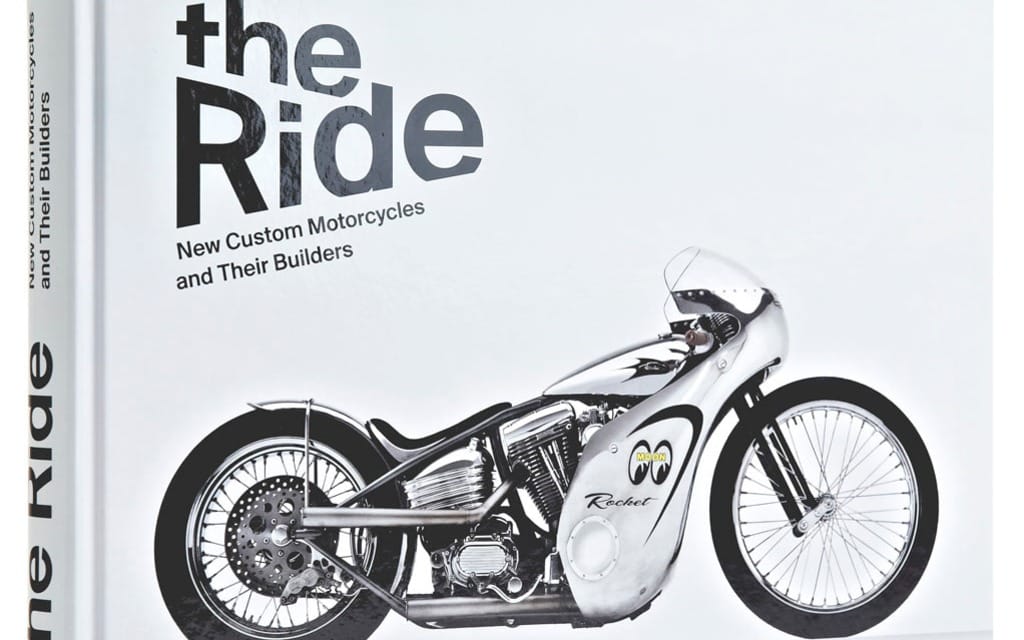 The Ride: So Hot it’s Cool

By Greg Williams
Rearrange a few letters in “motorcycle” and the word “cool” emerges. Motorcycling has always been cool, but there have been low points—the mid-2000s, for example—when fat-tired, chromed-up, and stretched-out barges dominated the scene. Custom motorcycles had lost their soul.

But, quietly at first, café racers and brat-style bikes began to appear. Websites began spreading the word, including BikeEXIF.com. EXIF is an acronym for the file format used by digital cameras, and the site, owned by Chris Hunter, was dedicated as much to the photographs as it was to the bikes they showcased.

“The images were a key point,” New Zealand-based Hunter said. “In late 2008, most motorcycle websites looked messy, with bad photography and design. So I decided to focus on great images of great bikes. But the site is no longer just pretty pictures; it embodies an exciting new culture.”

With Robert Klanten, Hunter has co-edited a book called The Ride, which looks at the current custom scene and the builders who, as Hunter wrote in his introduction, “…are tapping into a zeitgeist that the mainstream has missed. They’re creating machines that’ll inspire those who have never swung a leg over a bike to get a licence and start riding.”

“Quite a few of our readers don’t have a bike—yet. They visit the site because they like the bikes. They’re sharp and funky and soulful, which most showroom bikes are not. They like the stories about the builds and the culture we portray. And they’ve realized that not all motorcyclists are teenagers on Gixxers or burly blokes in leather chaps.”

At 320 pages, The Ride is a hefty coffee-table-sized book crammed with the kind of motorcycles that have made Bike EXIF one of the most visited motorcycle sites on the Web. Deus Ex Machina figures prominently, as Hunter gives co-founder Dare Jennings credit for revitalizing custom motorcycling. Born and raised in Australia, Jennings established and then sold a successful surfwear company. By 2000, he moved on to motorcycles, and his travels to Japan informed his style. As Hunter notes in The Ride, the Japanese custom scene was burgeoning but was virtually invisible in the West.

Hunter explained the Japanese influence: “Japan is an isolated nation—isolated by language and geography. It’s also an insular society that frowns on self-promotion. Custom cars and bikes have been huge in Japan for decades, but their culture has only recently reached the mainstream. I used to run a lot of Japanese brat-style bikes, named after one of the leading Japanese builders. But Deus got there first, and Dare Jennings took a leap of faith and transplanted Japanese bike culture into the West via Australia.”

BikeEXIF.com’s core readership is 25 to 44 years old. There are almost two million page views per month, and nearly half the readers are in North America, with the UK, Australia, and western European countries also being strong. “Our readership is younger than the wider motorcycling public, and probably more urban, too,” says Hunter.

Does BikeEXIF.com drive trends, or simply record their progression? “That’s hard to say,” says Hunter. “There are certain styles of bikes that are always popular: café or brat-style bikes with cool paint and no fenders. Those are usually the big hits in terms of page views. On the other hand, I try to push bikes that I know won’t have such instant or widespread appeal, but that show original thinking. We’re seeing more off-road and scrambler influences. But really, it starts with the builders. I don’t make this stuff, they do.”

Critics charge that customization removes function, and that builders consider form far more important than utility. “In most cases, that’s okay,” says Hunter. “Most people use bikes for short trips around town, and a sporty Yamaha SR400 café racer single is better for that than a BMW R1200GS or a Gold Wing.

“The emphasis on function has been responsible for the decline of new motorcycle sales in Europe and North America. Who needs a bike that can traverse Africa, or do 100 km/h in first gear? It gives road testers something to write about, but it’s irrelevant to the average person. The Japanese big four lost sight of this in the 1990s; they idolized the engineers instead of product planners.” Hunter has an expensive Leatherman multi-tool that’s an impressive feat of engineering and packaging. But he prefers to use a classic French Opinel pocketknife. “It’s a simple, good-looking design that has remained unchanged for decades. The Opinel does less, but is more useful. That’s the lesson for today’s motorcycle marketers.”