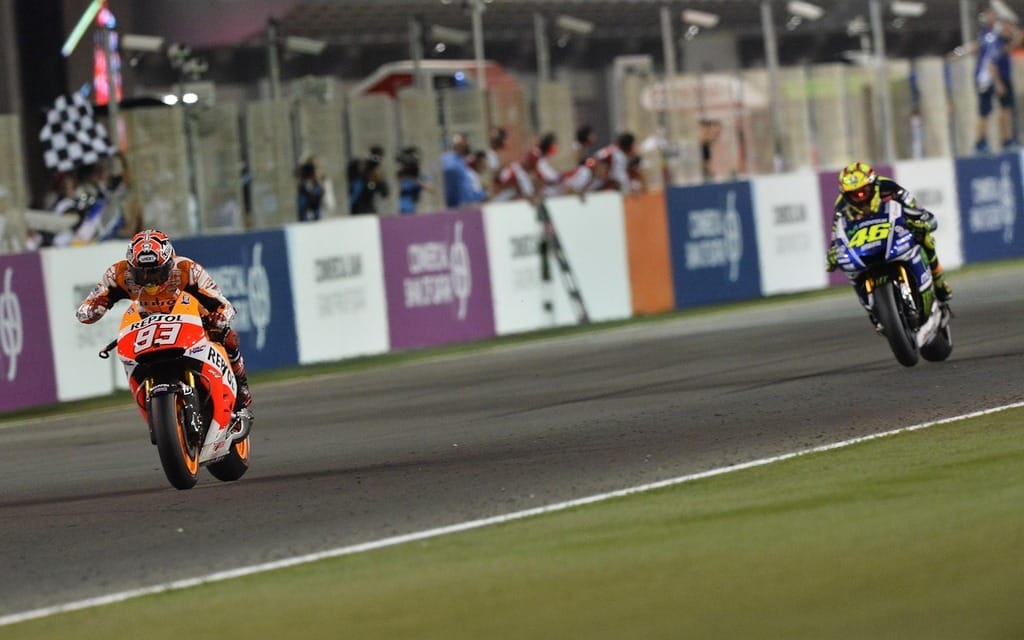 Though Marquez had pole position, Jorge Lorenzo (Movistar Yamaha) had a fantastic start from fifth on the grid and led through turn one. But the early lead didn’t last long as Lorenzo crashed out during the opening lap, allowing Stefan Bradl (LCR Honda) to move into first. Bradl’s hopes of a podium finish came to an end with 14 laps remaining as, like Lorenzo, the German suffered a crash that put him out of the race.

Marquez then moved into first with Valentino Rossi (Movistar Yamaha) hounding him for the lead. What followed was MotoGP racing at its finest, the pair passing and re-passing each other several times during the final few laps. Marquez was able to hold off Rossi and win by 0.259 seconds, though the aging Italian had a fantastic ride as he improved from starting 10th on the grid to finishing second on the podium. Marquez’s Repsol Honda teammate Dani Pedrosa rounded out the rostrum, finishing 3.370 seconds behind.

“It was a great, great battle,” Rossi added with a smile, “but I enjoy a little bit less than him because I arrive behind.”

The second round of MotoGP action takes place April 13 at The Circuit of the Americas in Austin, Texas.