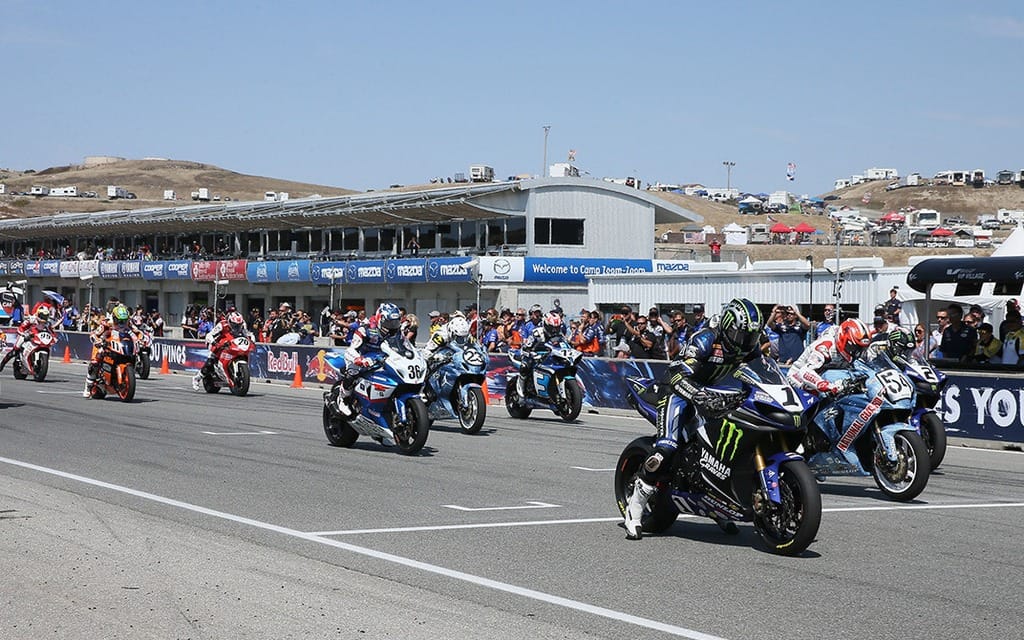 Hot on the heels of World Superbike’s confirmation of a round at Laguna Seca this season, the AMA has announced that three of its classes will also be racing at the track over the same event weekend (July 11-13).

AMA Pro SuperBike, GoPro Daytona SportBike and the Vance & Hines Harley-Davidson Series will all be in competition, as well as the top-notch talent of WSBK. That’s a lot of racing action, so fans should get their money’s worth.

“Mazda Raceway Laguna Seca is a legendary circuit rich in motorcycle racing history and we’re proud to be returning in 2014,” said Michael Gentry, chief operating officer of AMA Pro Racing. “The racing is always spectacular and our teams and riders look forward to heading west in July to entertain the fans once again.”

The announcement doesn’t come as a surprise. The AMA has piggybacked on WSBK events in the past with hopes of reviving interest in American racing. With a greater commitment to promotion of the double-series event, and with bigger crowds expected this year, the move might pay off.