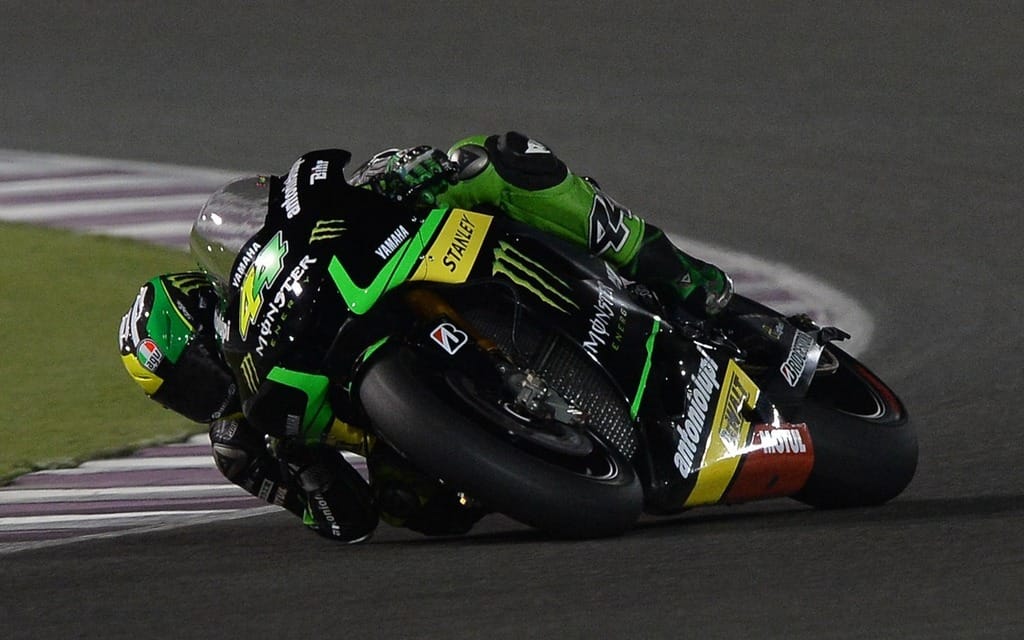 MotoGP rookie Pol Espargaro has suffered a broken left collarbone, MotoGP.com reports. The injury was the result of a crash during preseason testing in Qatar over the weekend.

A broken collarbone is never good, but this injury seems especially untimely for Espargaro. He won the Moto2 World Championship last year and had put together a solid preseason ahead of his MotoGP debut for the Monster Yamaha Tech3 squad. He was just 0.033 seconds off the best time of the weekend’s test. The crash occurred with only two laps remaining in a Qatar race simulation and Espargaro has flown back to Spain to undergo immediate surgery. The hope is that he will recover enough to race in MotoGP’s opening round at Qatar in two weeks.

Despite the injury, Espargaro was positive after the test. “We can be happy with the job we did today as we made some very good steps forward,” he said. “Of course, the crash at the end of the session was a bit unlucky. I am still very confident and positive about the test and I will be back here in two weeks ready tor race.”

Tech3 team owner Herve Poncharal also commented: “He has been unlucky to crash in such an unfortunate way and hurt himself, but with the determination he has shown so far there is no doubt that he will be back here for the race and ready to give his all.”