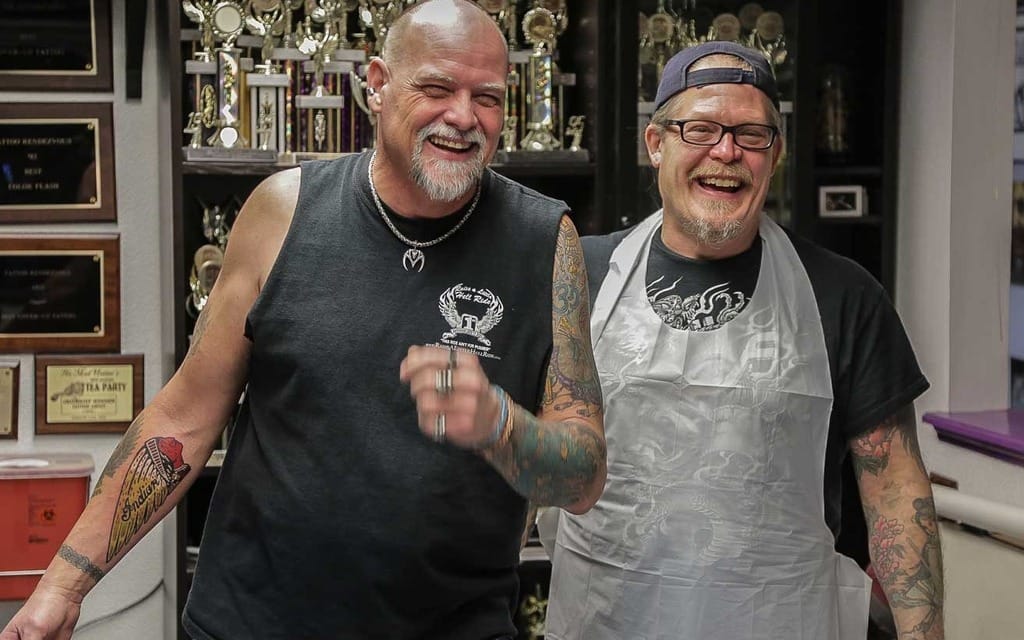 It’s been said that motorcycles come and go, but a tattoo is forever.

Hannah began working with the Indian Motorcycle Company as a designer shortly after Polaris Industries purchased the reborn manufacturer in 2011. His father liked motorcycles but couldn’t afford them, so he worked in a bike shop for parts, which he eventually used to build a 1950s Indian Warrior.

Indian Motorcycles went out of business in the 1950s, but has resurfaced lately with motorcycles that weren’t entirely original and attracted fewbuyers. When Polaris, an industry giant with snowmobiles and Victory Motorcycles, bought the company, Indian was set to rise again in a more substantial form.

Hannah celebrated that by having a 1939 Indian Scout tattooed on his arm. He said it was a way of “putting on my passion for Indian motorcycles.”

A video of Hannah talking about his passion and getting his ink is available on Youtube.