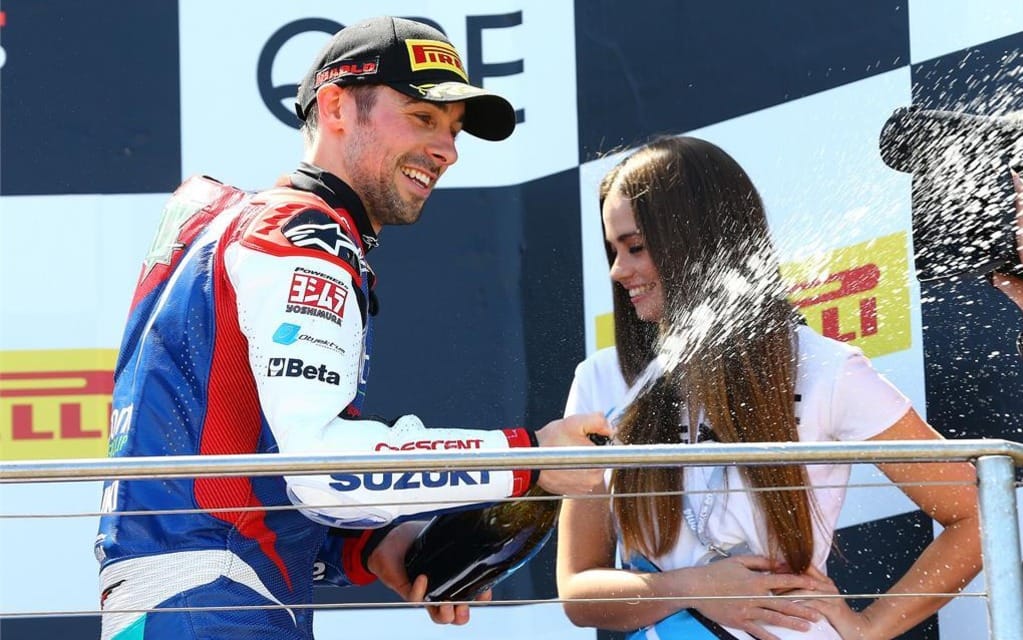 Eugene Laverty, currently competing in World Superbike for Voltcom Crescent Suzuki, will apparently be testing Suzuki’s MotoGP machine as well. According to a report on Crash.net, Laverty’s crew chief Phil Marron said, “Eugene’s going to test the bike. He’s got a few tests scheduled and he’s really keen to give that a go, we’ll just have to wait and see what 2015 holds.”

Laverty was runner-up in last year’s WSBK championship while racing for Aprilia. He’s currently under a one-year contract with Suzuki’s WSBK effort, the expiration of which, coincidentally, coincides with Suzuki’s return to MotoGP competition in 2015. Whether Laverty will be signed on for Suzuki’s MotoGP squad remains to be seen.

The Irishman isn’t the only one testing the bike. Former MotoGP podium finisher Randy de Puniet is under contract as a development rider for the extensive testing Suzuki has planned in preparation for its MotoGP return.