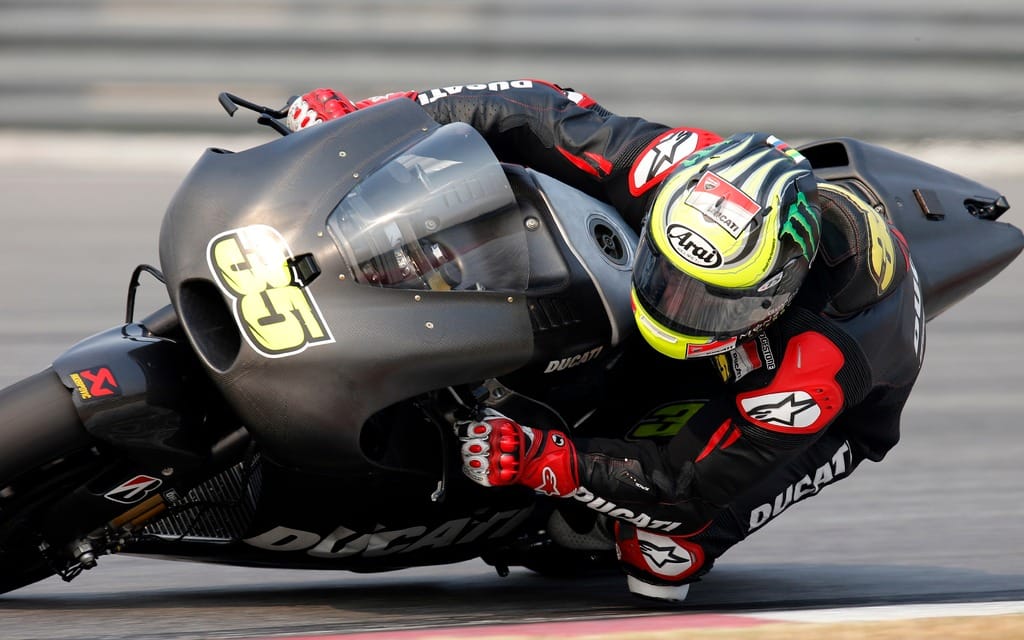 After much speculation, and right at the February 28 deadline, Ducati has finally confirmed that all of its MotoGP entrants will be listed in the Open category for the 2014 season.

Prior to the deadline, only Pramac Racing Team rider Yonny Hernandez was entered in the Open class, while his teammate Andrea Iannone and Ducati Team riders Cal Crutchlow and Andrea Dovizioso were provisionally listed in the Factory category. After considering their options and examining the results of two pre-season tests in Sepang, Ducati decided its racing program would be best served by fully committing to the Open class.

Although this season all bikes – both Factory and Open – are required to use the same Magnetti Marelli ECU, those in the Factory class are allowed to use their own software, while the Open class requires the use of Magnetti Marelli software. In compensation for going with spec software, Open bikes are allowed four more litres of fuel per race, have an allotment of 12 engines for the season (vs. five for a Factory bike) and a softer rear tire option. Also, the Open class is not subject to in-season development restrictions, which is perhaps the most important point for Ducati.

Ducati Corse general manager Luigi Dall’Igna commented on the decision: “We have carefully studied the new technical regulations and have concluded that the Open option is the most interesting for Ducati, in the current situation. This year we have to keep developing our bikes throughout the season to improve our competitiveness, and the Factory option appears to be too restrictive for our needs.”

After the decision was made public the always-amusing Cal Crutchlow tweeted two words: “Open Sesame.”