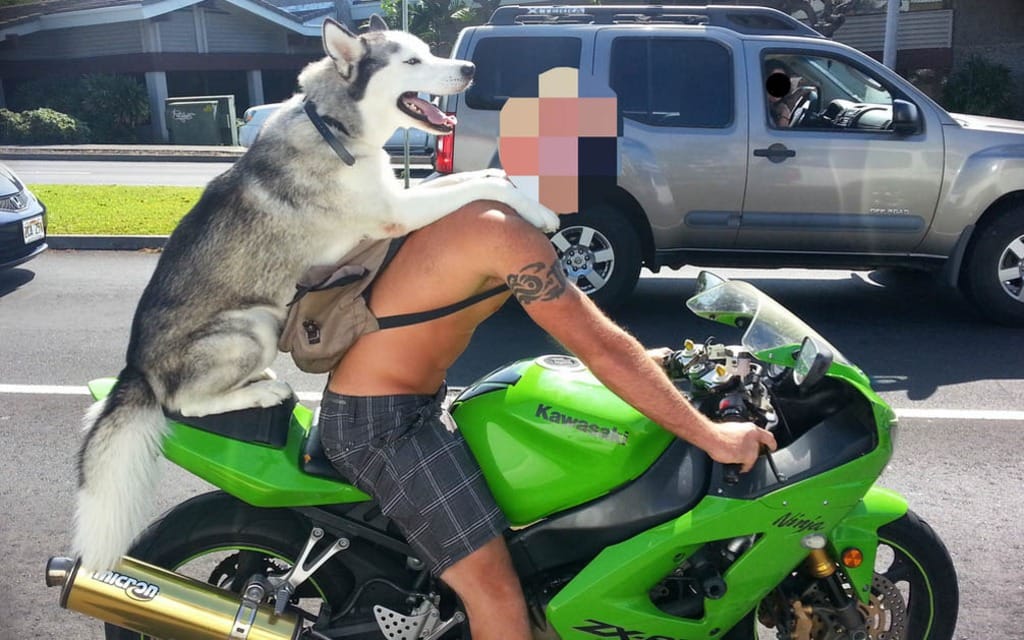 A Hawaiian motorist has posted a story about a dog that rides motorcycles. On the americanlivewire.com website, the motorist says he was driving over some mountains into the town of Kona on the Island of Hawaii when he spotted the dog.
What appears to be a large Husky sits on the back of a Kawasaki Ninja ZX-6R and holds onto the driver’s shoulders. The writer says the dog even leans into turns.
The writer expresses some concern for the dog’s safety, but fails to mention the complete absence of safety gear on the rider, who wears shorts, a knapsack, flip-flops, and a sled dog, of course.
Well, the dog makes sense, even if the rider doesn’t. Where else in Hawaii is a Husky going to get its speed fix?