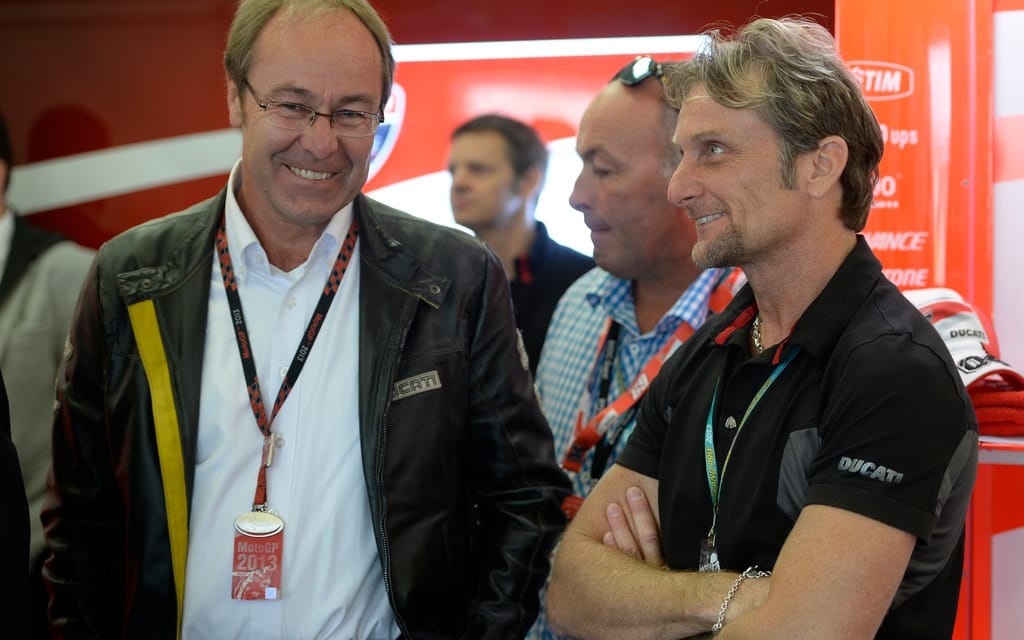 It’s a Foggy Friday in London today, no matter what the forecast says.

The London Motorcycle Show kicked off earlier today, and World Superbike legend Carl Fogarty had the honour of officially opening the show. The native of Blackburn, England, is also privileged to have the entire day named after him: Foggy Friday.

As well as doing an on-stage interview and signing autographs, Fogarty is also being reunited with all four of his WSBK championship-winning Ducatis. The bikes will be on display for the duration of the show, though Foggy will only be present on Friday.

In addition, the MCN show guide promises Fogarty will be “an all-round, affable chap.” Those who remember Foggy from his racing days may wonder how MCN got him to agree to that.