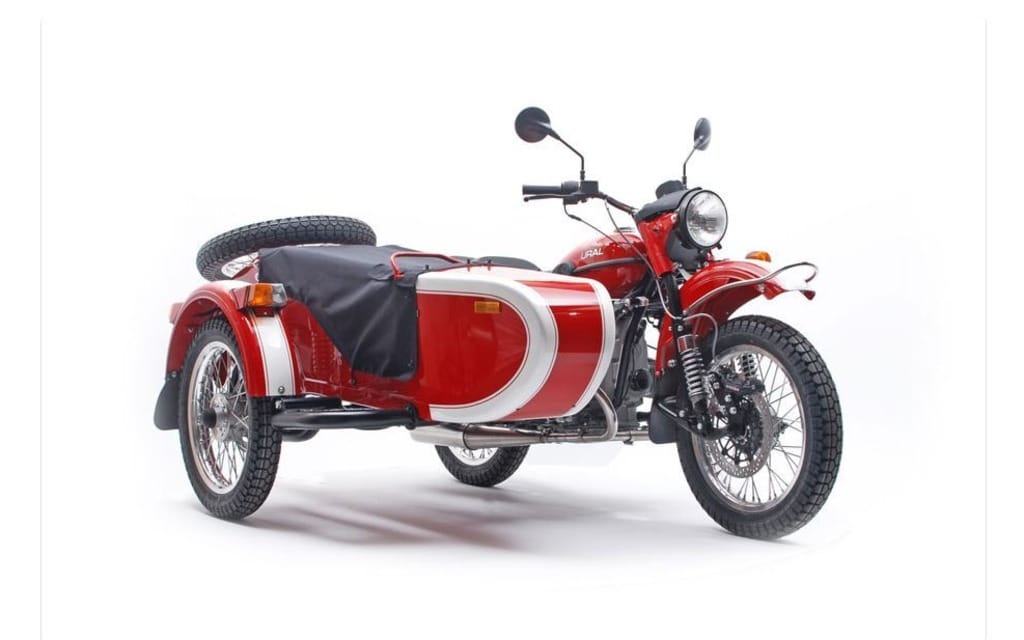 Urals on parade in Sochi

The opening ceremonies of the 2014 Winter Olympic Games in Sochi contained a dazzling array of all things Russian, and what could be more Russian than a procession of Urals?

About halfway through the evening’s program – not long after the telling of Leo Tolstoy’s War and Peace through interpretive dance – 20 bright red Urals paraded across the floor of Fisht Olympic Stadium. Standing atop the sidecars were women wielding javelins and posing mid throw, men with barbells balanced across their backs, and yet more women with streamers trailing behind. It was a stirring display, and, even if it didn’t make the stoic Vladimir Putin smile, he must have at least pursed his lips in approval.

No matter what Putin’s response, the event provided excellent exposure for Ural. “I feel very proud, really,” said Ural’s president and CEO Ilya Khait, according to RiderMagazine.com. “When you see your bikes in the event like this, you realize you’re part of the history and heritage of a huge country, and it gives you more reasons to keep going.

“From the business standpoint, to be seen by three billion people all over the world and get paid for it [organizers bought all 20 Urals used in the procession], that’s one hell of a product placement!”