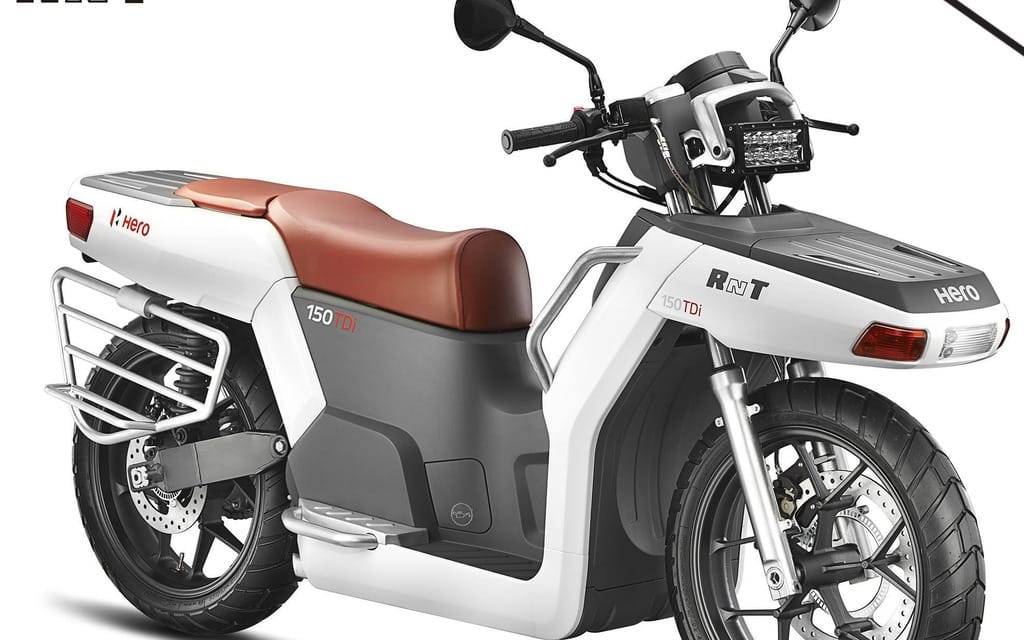 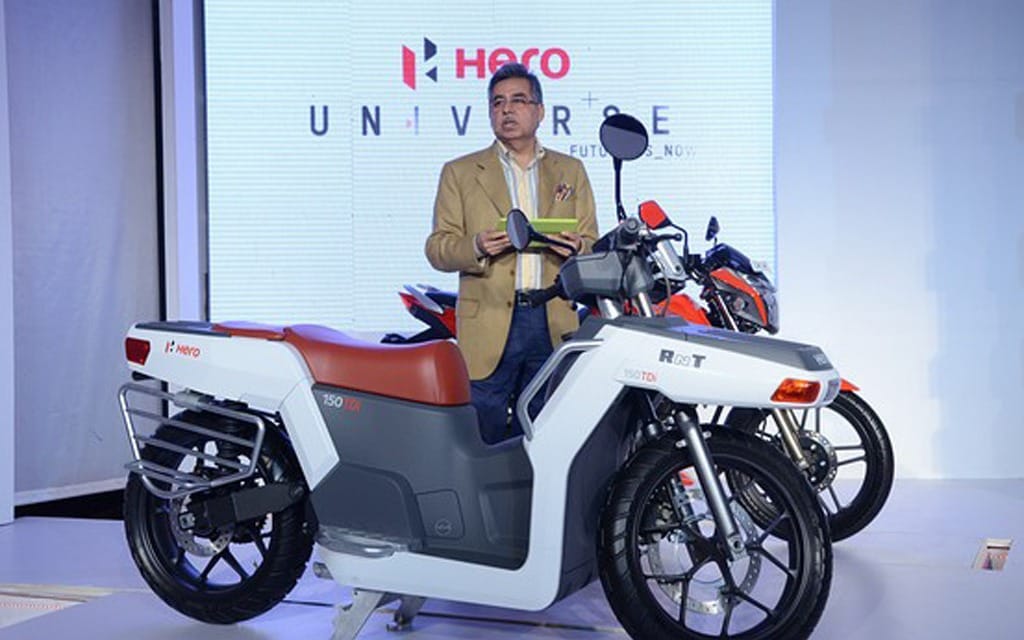 The Hero motorcycle company has shown a diesel-powered concept motorcycle with a number of features that could prove useful to rural consumers in India.
The RNT is powered by a 150 cc diesel engine. It’s liquid-cooled and can be fitted with an optional turbocharger, and it has two-wheel drive.
The bike’s headlight can be detached and used like a flashlight, its frame can be extended to carry large loads, there is a provision for attaching ploughs and harvesters, and it can be fitted with a generator that would supply electric power for other uses—to a home, for instance, during a power outage.
Hero boss Pawan Munjal unveiled the concept bike in New Delhi. “The wide, flat-loading surfaces, as well as multi-use folding side racks, a large comfortable seat and spacious footboards are novelties never seen on a motorcycle before,” he said, according to the India Times.
Hero Motocorp is the world’s largest motorcycle manufacturer and makes millions of small, gasoline-powered bikes.