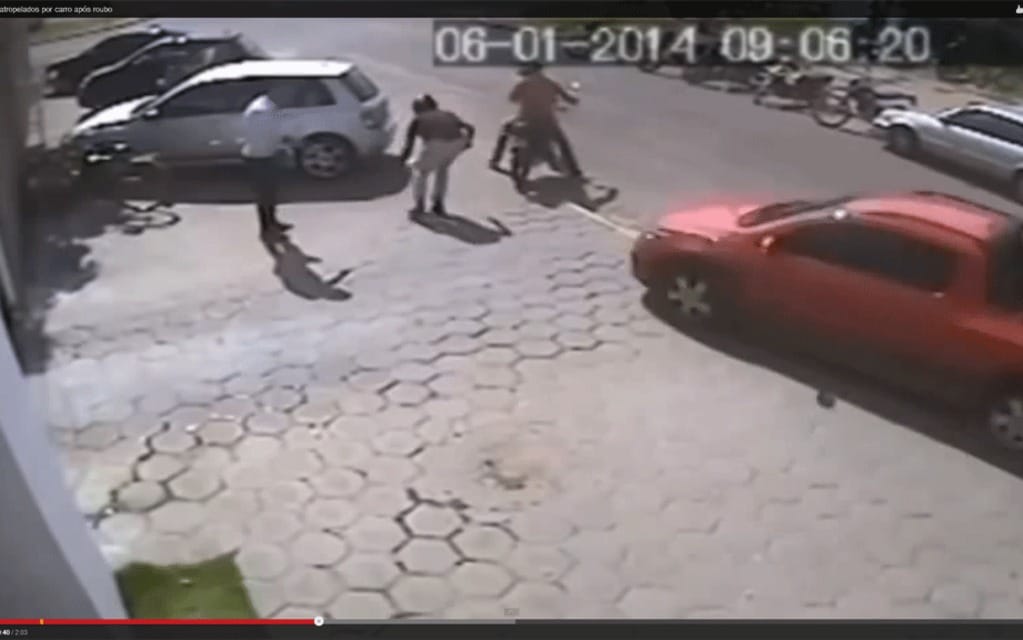 Two motorcycle-riding men who tried to rob a businessman were thwarted when the victim’s friend arrived in his pickup.
The attempted robbery occurred in January in the Brazilian city of Vilhena.  Businessman Adelco Bastos was approached by two men on a small motorcycle after he had left his car. The motorcycle’s passenger leaped off the bike and pointed a pistol at Bastos, who immediately dropped a package.
As the gunman was picking up the package, Bastos’s partner, Eliton Costa, drove at the motorcycle in a red pickup truck. He hit the bike, knocking it and the driver over. The gunman, who was hit but not knocked down, fled, but the driver was pinned under the front of the truck.
He was assaulted by other people who ran toward the scene after the gunman fled.
Youtube video taken from a security camera shows the action. The robbery victim flees after the truck hits his assailant, but returns to the scene after his partner goes after the motorcycle driver under his truck.