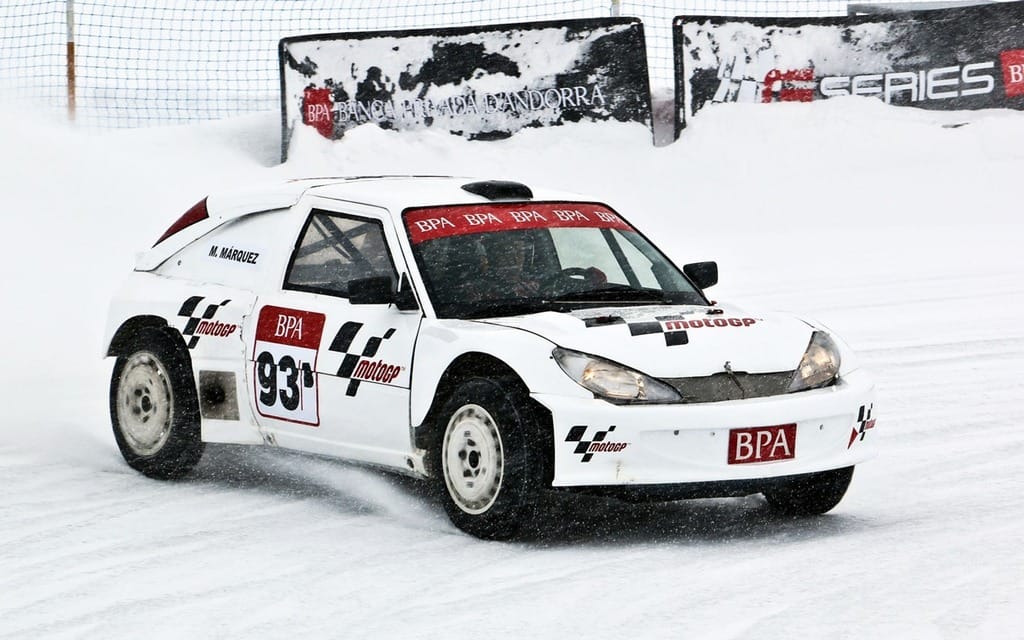 With testing for the 2014 MotoGP season not set to start until February, riders must find other ways to satisfy their need for speed. Some big names got their fix last Saturday by participating in GSeries ice and snow racing at Andorra’s Grandvalira Circuit.

According to Marquez, things got interesting during the final race of the day. “It was quite crazy,” he said laughing. “One guy had an accident and we had a red flag, then at the second [restart] we had another accident at the first corner with Tito, myself and many drivers all in the middle of it. It was so, so difficult with the heavy snow. We enjoyed it a lot, though, and that is the most important thing.”

Marquez was the leading MotoGP representative at the event, finishing third in his class.