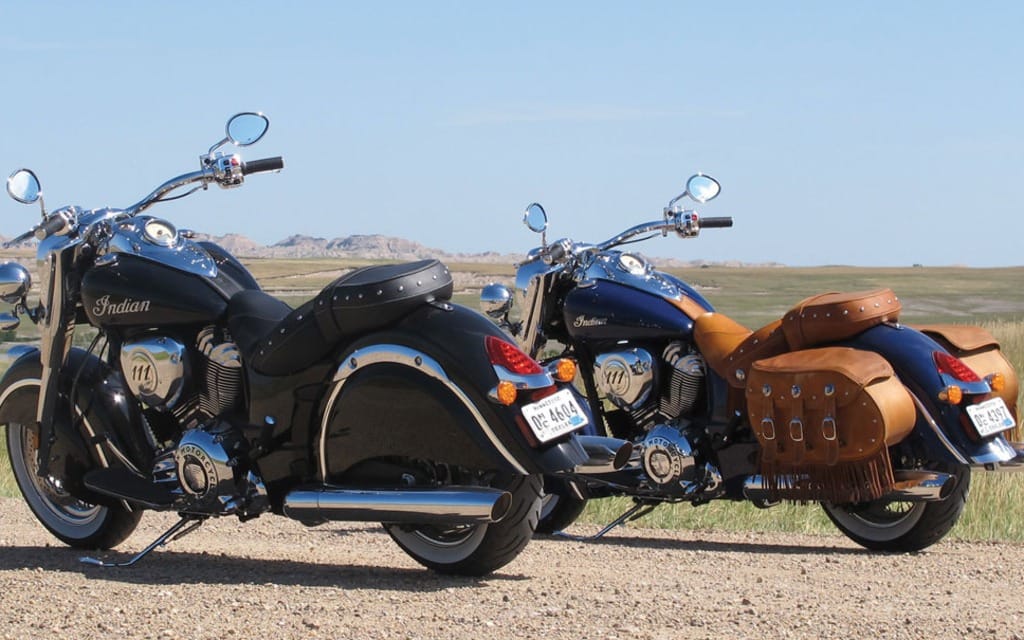 A program that gives a cash break to Indian motorcycle customers who have served in the armed forces is intended for not only U.S. vets, but Canadians too.

The Indian Motorcycle company, which is owned by Polaris Industries in the U.S., announced the incentive program “Honoring Heroes” on Thursday. It’s for the purchase of a new Indian Chief model and it offers $1,000 back “to all U.S. and Canadian Armed Forceds personnel” who buy a Chief this year. “The program is available all active, reserve, National Guard, and retired military personnel,” says an Indian press release dated Jan. 9.

Purchases can use the incentive program by showing military I.D. at any North American dealership.

The Indian Chief was profiled in the November-December issue of Cycle Canada magazine. It’s made in three model versions, Classic, Vintage, and Chieftain and shown in the February 2014 issue’s Cruiser, Retro and Touring Bike Buyer’s Guide. All models are powered by a 1,811 cc V-twin engine and all are ABS-equipped. The Vintage wears leather saddlebags and the Chieftain sports hard bags and a full fairing.

Indian Motorcycles offers two other incentive programs that are aimed at U.S. military members. One offers free admission to motorcycle shows, and the other will feed the proceeds from the auction of a 2014 Chief toward military families.