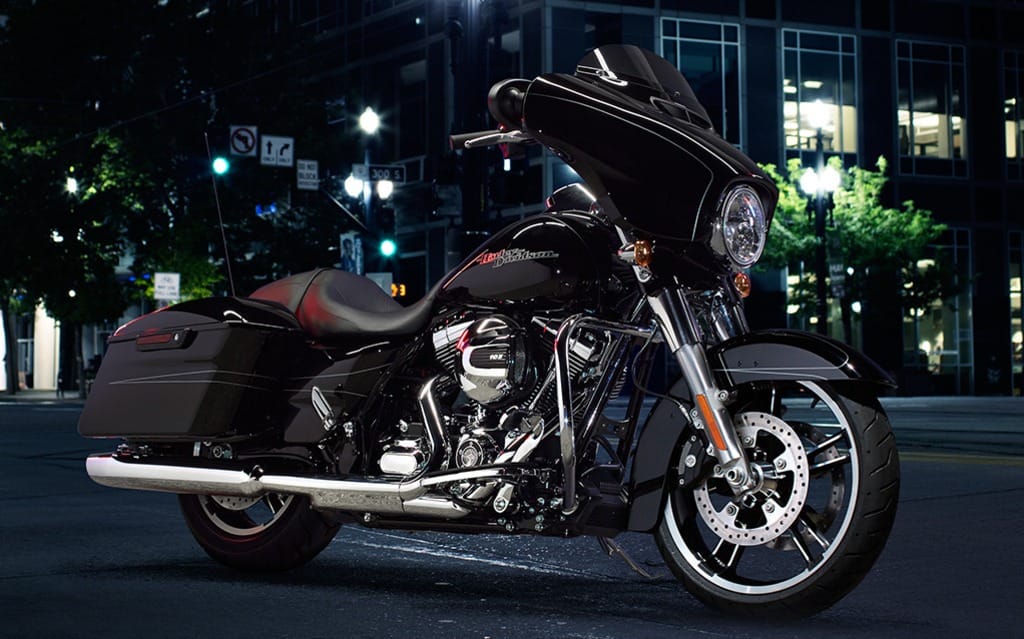 Would you fight for a Harley?

More than the UFC middleweight title was on the line at a recent UFC event in Las Vegas, Nevada. Chris Weidman successfully defended his championship belt from Anderson Silva in the fight and won a new 2014 Harley-Davidson Street Glide Special in the process.

Weidman’s victory was overshadowed by the horrific injury Silva sustained when attempting to land a kick on the defending champion. The kick was blocked, and Silva’s leg was broken at the shin as a result. Thestar.com reports Weidman saying, “There’s no real excitement in a fight finishing like that, because you never want to see anyone get hurt like that.”