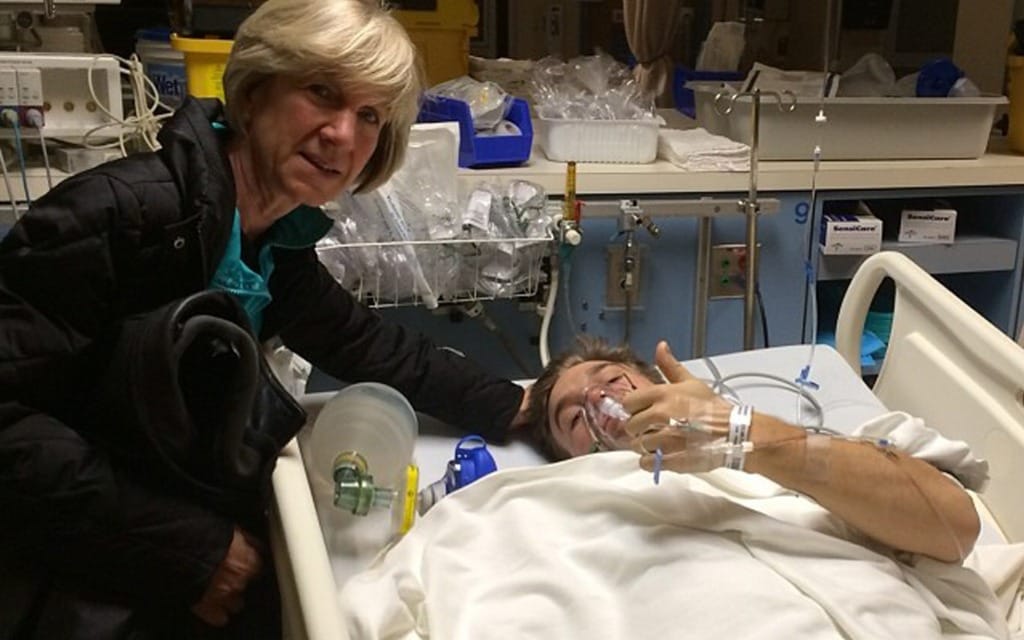 One and three-quarters just won’t do

A Kelowna stunt rider has been seriously injured in a crash while attempting to perform a double front flip, something that’s never been pulled off before.

Bruce Cook expected to be transferred back to British Columbia this week following surgery at Hamilton General Hospital for a back injury, according to the CBC News website. The twenty-six-year-old was performing at Copps Coliseum in Hamilton on Friday when the motorcycle landed badly.

Video from several sources shows Cook making about one and three-quarters of the flip sequence before the rear wheel landed on the down-ramp with the bike vertical.

Hamilton paramedics responded to a 9-1-1 call and took Cook to the hospital. Paramedics said he had suffered serious trauma. However, on Saturday the

Kelowna resident posted photos on Facebook and said he was smiling under his hospital mask. He thanked the large number of people who had written to him.