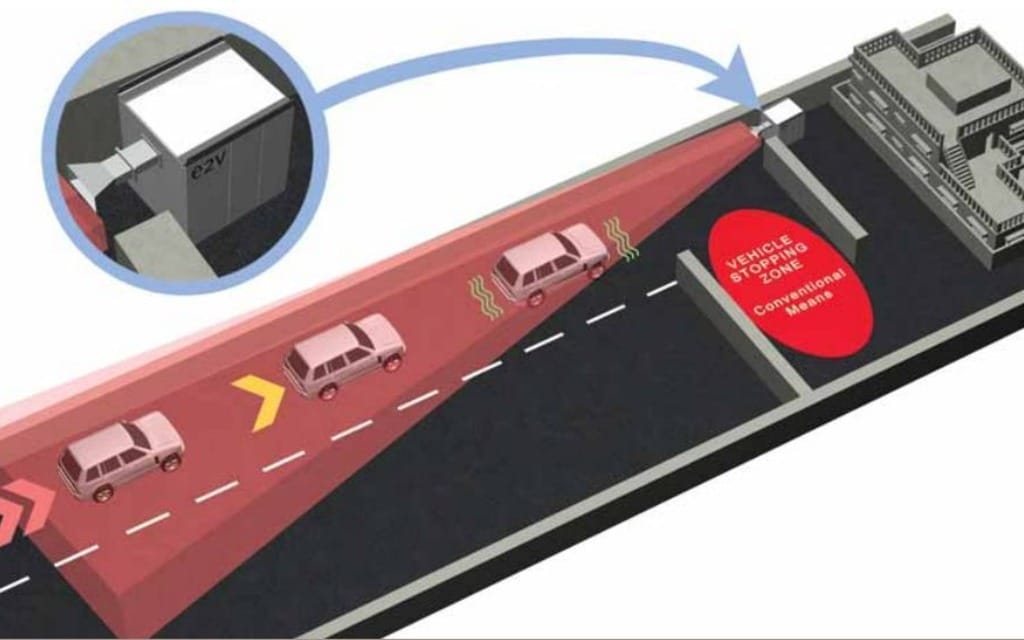 If looks could kill engines

RF Safe-Stop works by emitting a focused pulse of radio waves that confuses a vehicle’s electronic engine management system, disrupting it to the point that the engine stalls. Though there is some interest from military and police forces, this technology is still in the prototype stage, with more development work and testing necessary before it could be put into use in the field.

Demonstrations were successful, but Safe-Stop has some drawbacks. Though it displayed effectiveness to a range of 160 feet, the radio pulse must remain focused on the target. If not, the vehicle can be restarted. Also, the equipment is bulky (roughly 350 lb), requiring a fixed installation or a dedicated vehicle to carry it for remote setups. And perhaps most importantly, for Safe-Stop to be effective the target vehicle must have an electronic engine management system; a vehicle without an ECU could drive right through the pulse.

Many police forces currently use tire deflation devices to stop four-wheeled vehicles, but such devices are thought to be too dangerous for stopping motorcycles.