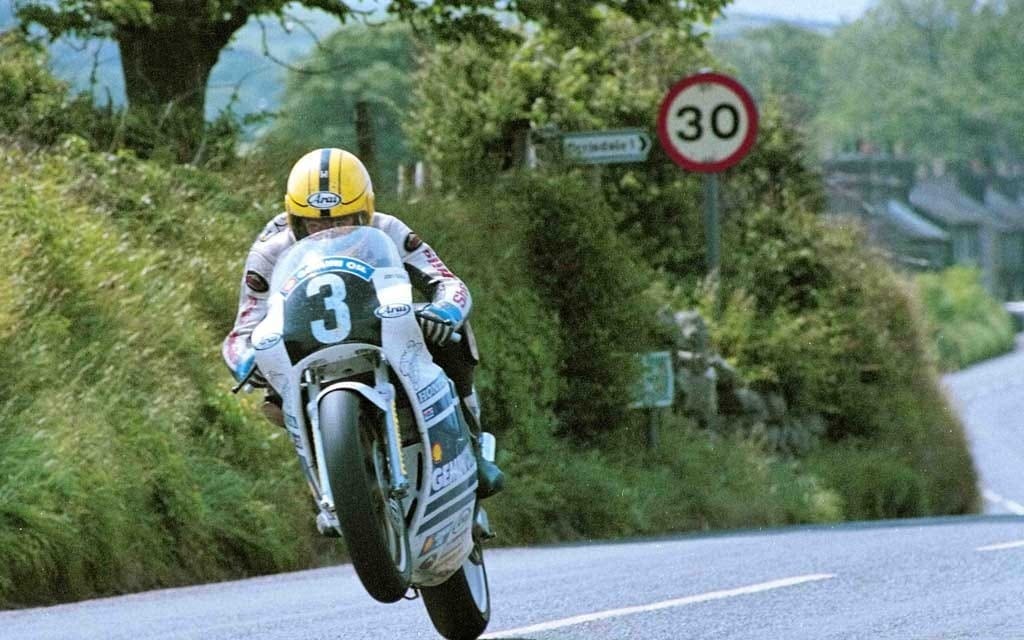 2014 Classic TT to pay homage to the legendary racer
Last year’s Isle of Man Classic TT Races featured a ’60s theme. This year they’ll fast-forward to the ’80s, with special events planned in honour of the late, great Joey Dunlop.

Remembered for his smile and unassuming nature, the Ballymoney, Northern Ireland, native was all business once he donned his distinctive yellow helmet. In his 24-year TT career he won an incredible 26 races and finished on the podium 40 times. He also won the Ulster Grand Prix 24 times. Dunlop died in Tallinn, Estonia, in 2000 while competing in a 125 cc race at the Pirita-Kose-Kloostrimetsa Circuit. He was 48 years old.

The 2014 Classic TT weekend, entitled “Joey Dunlop – Road Racing Legend,” will celebrate Dunlop’s entire racing career, but will mainly focus on the 1980s when he was at his peak. The Isle of Man’s Department of Economic Development, in conjunction with the Dunlop family, will curate a free exhibition featuring race bikes from throughout Joey’s career. A parade lap is also planned, with some of Dunlop’s biggest rivals set to take part (participants have yet to be confirmed).

Trevor Hussey, the economic development department’s head of motorsport, commented on the upcoming Classic TT: “There seems to be an unwritten rule that Classic Racing is just pre-1960s machines, but we are looking to change that with the Classic TT. The 1980s not only gives us a rich motorcycling theme, but was also a strong cultural decade. It also gives us the opportunity to pay tribute to one of the greatest names in the TT’s long history. We are keen to develop an appropriate celebration of Joey Dunlop’s racing career, as his name is synonymous with the TT Races.”