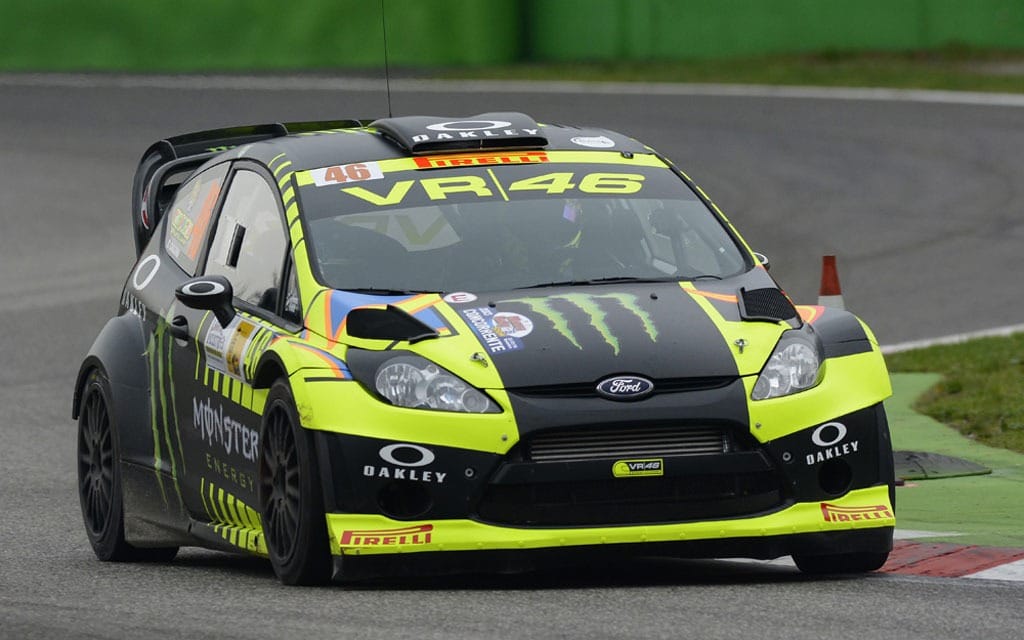 The MotoGP season may be over, but that hasn’t stopped Valentino Rossi from engaging in high-speed hijinks. The seven-time MotoGP champion has a well-known love for rally racing and was runner-up in the Monza Rally Show last weekend.

Rossi drove a WRC-spec Ford Fiesta through nine asphalt stages set up within the limits of the Monza racing circuit. He won the event last year, but finished 10.6 seconds back of this year’s winner Dani Sordo. Rinaldo Capello finished third to round out the podium.

“For me, this is one of the highlights of the year,” Rossi said. “I get to race against my friends and there is very little pressure to perform. It’s a shame that I didn’t get the overall win today. But I’m proud of four stage wins, which is incredible for me. And I get to see all of the fans from rally and MotoGP, which is great.”

Rossi plans on competing in the event again next year.