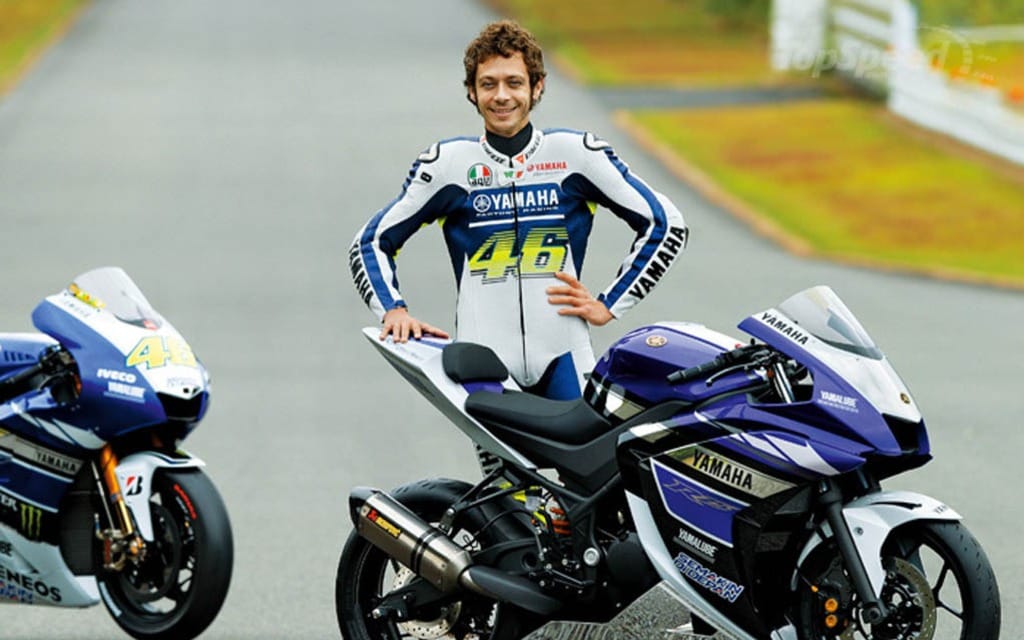 Yamaha unveils R25 concept
Yamaha recently unveiled its R25 concept bike at the Tokyo Motorcycle Show. Many concepts get nowhere near production, but the R25 is one concept that should be taken seriously considering Yamaha has already linked the bike to Valentino Rossi.

Scant details are currently available regarding the R25, though we do know it sports an all-new 249 cc four-stroke parallel twin engine, chain drive and single disc front brake, all of which are standard issue in the entry level sportbike class. The R25’s styling clearly echoes Yamaha’s M1 MotoGP race bike — hence the association with Rossi. A promotional video released by Yamaha briefly shows Rossi giving the R25 a thrashing on a racetrack, after which he says, “This bike really packs a punch.”

And how does Yamaha describe the bike? “The R25 was designed to be the superbike you ride every day and its newly developed 249 cc two-cylinder engine offers plenty of power. The R25 is a serious cornering machine and is great for the motorcycle aficionado or even the daily commute.” As the R25 is still in the concept stage, no word yet on pricing or whether it would be coming to Canada.