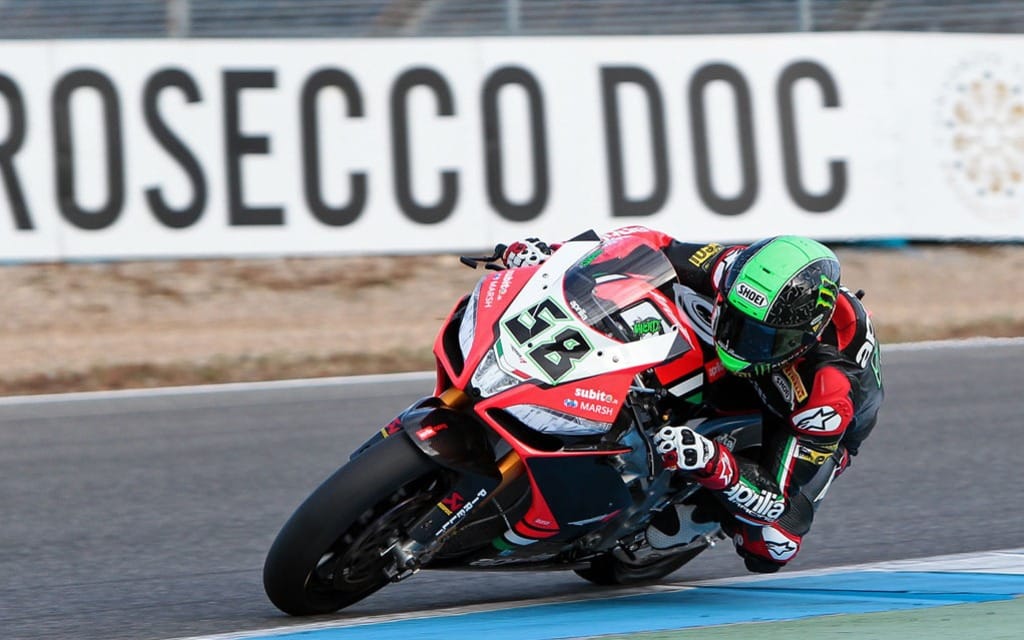 Announces factory team for 2016 season
The EICMA motorcycle show in Milan was about more than just new models, as Aprilia used the venue to announce its return to MotoGP competition for the 2016 season. Although RSV4-powered bikes have been run in the CRT class since 2012, Aprilia hasn’t fielded a full-fledged factory team in MotoGP since 2004.

Aprilia won the 2013 Manufacturers Championship in World Superbike after very strong seasons from factory riders Eugene Laverty and Sylvain Guintoli, who finished second and third in the points standings. The Italian manufacturer hopes that success will continue when it returns to road racing’s top tier of competition.

“In 2016, Aprilia will return to MotoGP with the goal of winning and discovering the same success we have enjoyed in World Superbike,” says Roberto Colaninno, CEO of Piaggio, Aprilia’s parent company. That’s a big hill to climb, and only time will tell if a factory Aprilia team can get to the top.