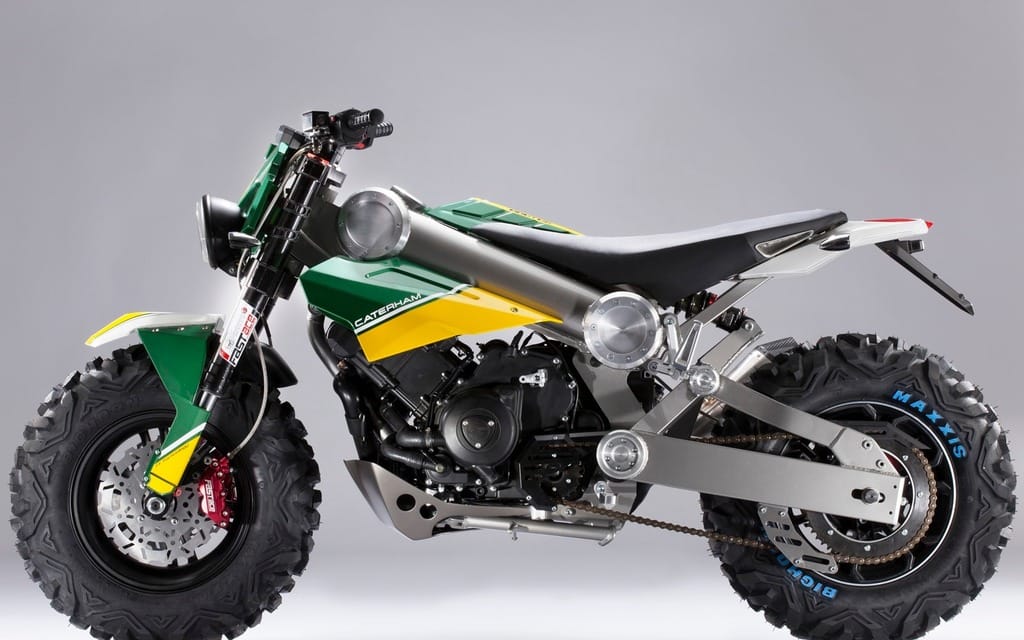 Caterham makes sport-U-cycle
Caterham, the company known for high-tech sports cars and F1 racing, has launched a motorcycle division and is previewing bikes at EICMA in Milan this week.

Three prototype Caterham motorcycles are being shown, a Brutus 750 (“the SUV of motorcycles” or, more properly, an SUC), an electric motorcycle in classis (that is, old-fashioned) styling, and a carbon fibre E-bike that will employ composite materials  developed through the company’s racing program.
Caterham says more new models are to follow.

The Brutus, which is the most “normal” of the motorcycle line, will use an automatic transmission and will be capable of on-and off-road work.

The bikes will begin rolling off an assembly line in the spring.