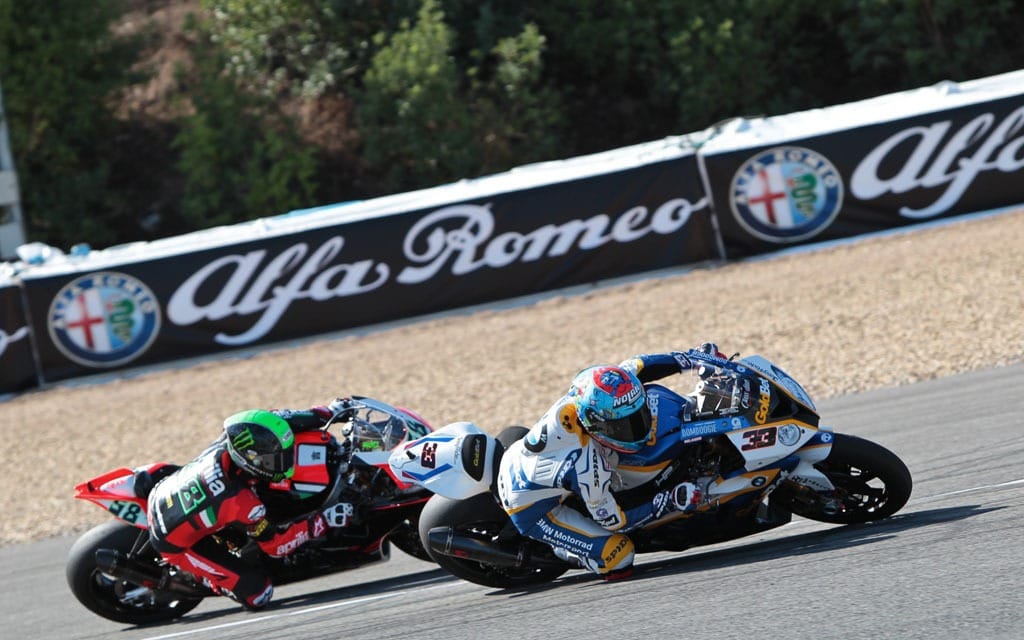 Signs with Aprilia Racing for WSBK
Marco Melandri will ride an Aprilia in the upcoming 2014 World Superbike season, with a contract renewal option for 2015 as well, motorcycle-usa.com reports. Melandri joins Aprilia Racing in replacement of Eugene Laverty, who leaves the team after finishing second in the standings for the 2013 WSBK championship. No official word yet on where Laverty will end up.

Melandri is familiar with the Italian manufacturer, having won the 250 cc world championship aboard an Aprilia in 2002. He then made the jump to MotoGP, winning 22 races and finishing on the podium 62 times before moving to WSBK in 2011. After spending the 2012 and 2013 seasons riding for BMW GoldBet, Melandri is excited about the move to a very competitive Aprilia Racing team. After Max Biaggi won the WSBK championship on an Aprilia in 2012, the team then bagged the Manufacturers Title for 2013.

“Coming back to ride the brand that brought me my first World Champion title is – first and foremost – very exciting,” Melandri says. “Speaking from a personal point of view, there are so many memories that tie me to Aprilia, and they are memories of victories.

“In all these years Aprilia has demonstrated its worthiness in racing, so I am sure that I will find an environment where we are always ready to compete for victory. I am quite anxious to race on the RSV4, a bike that I have done battle with many times on the track. I think that she and I will get along well. Riding an Italian bike into battle for the world title is amazing for an Italian rider. It’s going to be an exciting and fun season.”