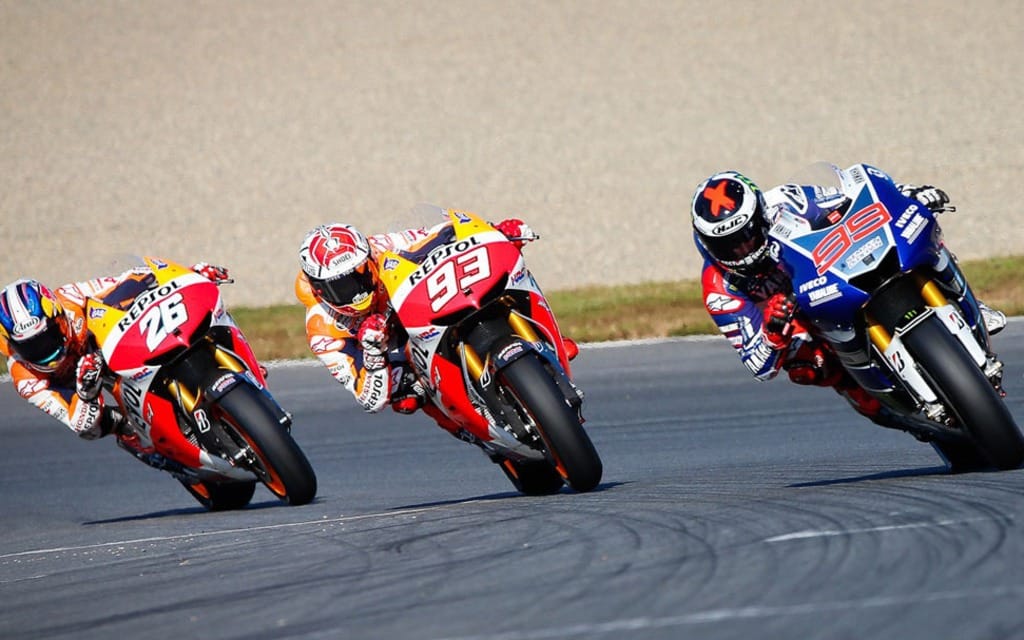 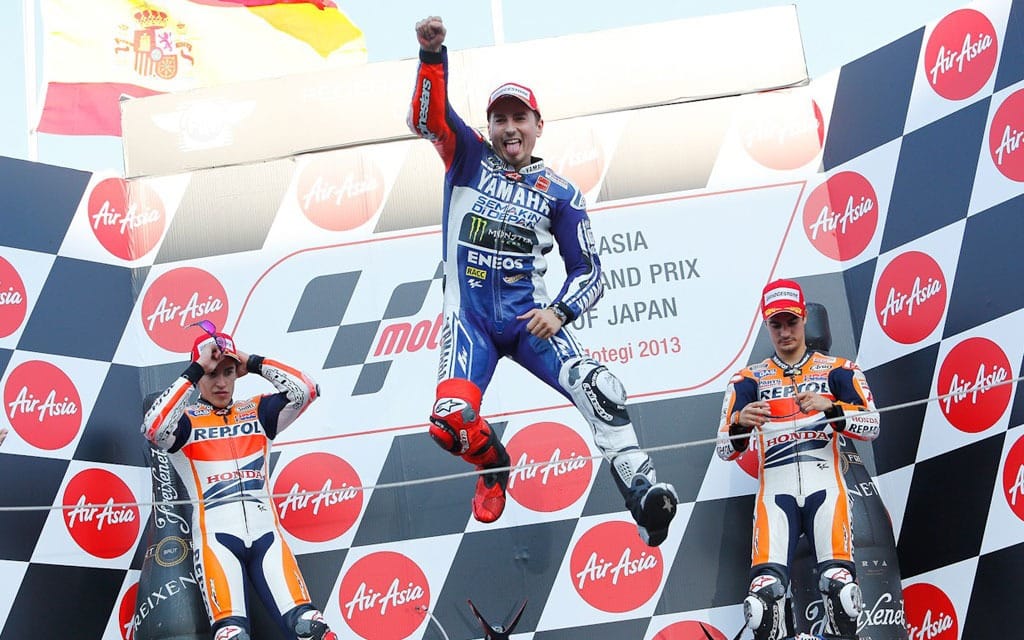 Victory keeps MotoGP title hopes alive
Jorge Lorenzo led from start to finish at Japan’s Motegi circuit, cruising to his second straight victory in as many weeks and keeping his hopes of repeating as MotoGP champion alive in the process.

Practice was cut short over the weekend, dense fog causing cancellation of all Friday sessions and some on Saturday as well. Organizers improvised a 75-minute combined practice and qualifying session Saturday afternoon. Wet conditions were no problem for Yamaha factory rider Jorge Lorenzo as he claimed his second straight pole position with a time of 1:53.471. Repsol Honda rider and current championship points leader Marc Marquez qualified in second position. As Marquez looked to lock up the MotoGP title in Motegi, many were wondering how he would bounce back after an error in Australia that cost him valuable championship points.

Lorenzo jumped to an early lead with Valentino Rossi moving to second after a strong start, while Repsol Honda teammates Marc Marquez and Dani Pedrosa trailed in the early stages. A strong finish from Rossi would only help the title hopes of fellow Yamaha factory rider Lorenzo. But it was not to be, as Rossi ran turn 11 wide and allowed both Marquez and Pedrosa through. Rossi then cooked it in the same corner on the following lap, this time with an excursion through the gravel causing him to fall well back in the pack and ending any chance of podium contention.

What followed was a superb display of defensive riding from the defending MotoGP champion. Jorge Lorenzo ran a nearly flawless race, allowing very few opportunities for Marquez to make a move for the lead – though there was no gap to speak of between the two. Then, with the laps remaining entering the single digits, Marquez made one attempt to the outside and ran a little too deep, causing him to pick up the bike and lose some time to the leader. With a small gap now up on his pit board Lorenzo smelled blood, laying down some of the fastest laps of the race – the best of which was a 1:45.736 – and stretching the gap over the final few laps en route to his seventh victory of the season. Marc Marquez followed 3.881 seconds after to take second place, while Dani Pedrosa finished 4.592 seconds back for third.

Lorenzo’s win sets up a dramatic season finale for November 10 in Valencia, Spain. Marquez now leads Lorenzo by only 13 points in the championship standings, so becoming the youngest ever MotoGP champion is anything but certain for the rookie rider. And, as he’s shown throughout the season, defending champion Jorge Lorenzo won’t go down without a fight.