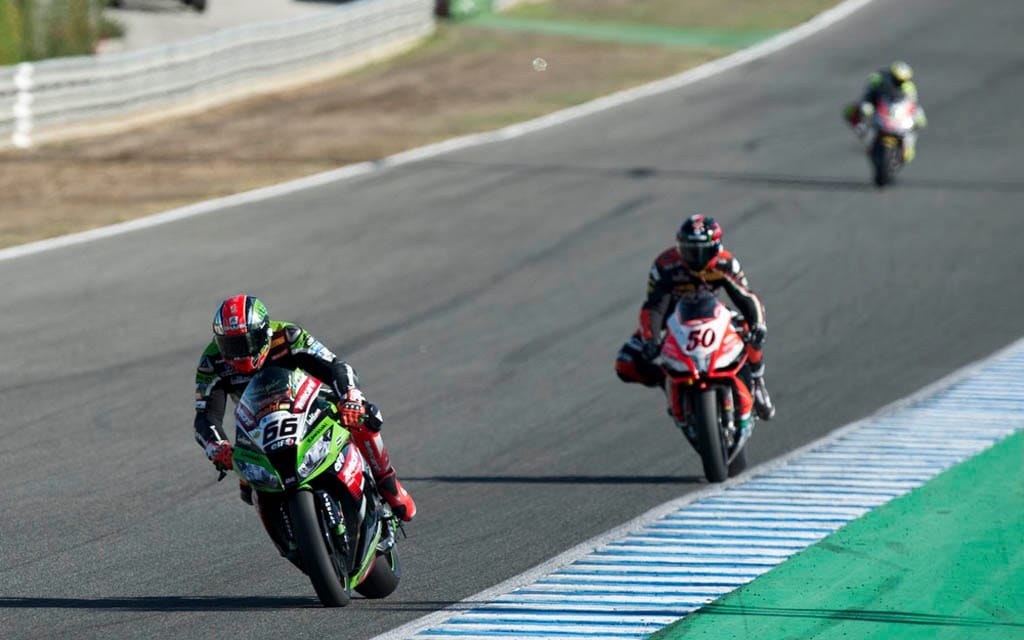 Kawasaki back on top after 20 years
Former Kawasaki factory rider Tom Sykes finished behind Eugene Laverty on the track but ahead of him on the points sheet and clinched the World Superbike championship at Jerez, Spain, on the weekend.

In the final weekend of WSBK racing, Sykes finished third in the first round and second in the second, bringing his points total to 447. Aprilia’s Laverty, who won both races, finished the championship 23 points and one place behind the Kawasaki Racing Team rider.

Laverty took Sunday’s first race after passing Marco Melandri’s GoldBet BMW in thrilling fashion on the last turn of the final lap, and in the second race managed to get by Sykes on lap 13 and hold his lead to the checkered flag.

This is the first WSBK championship for Sykes and comes in his fifth year of racing in the series. Sykes put together a stellar season, claiming eight pole positions, finishing on the podium 17 times and winning nine races in the process. The championship is also big news for Kawasaki, their first World Superbike title since Scott Russell won the championship for them in 1993.